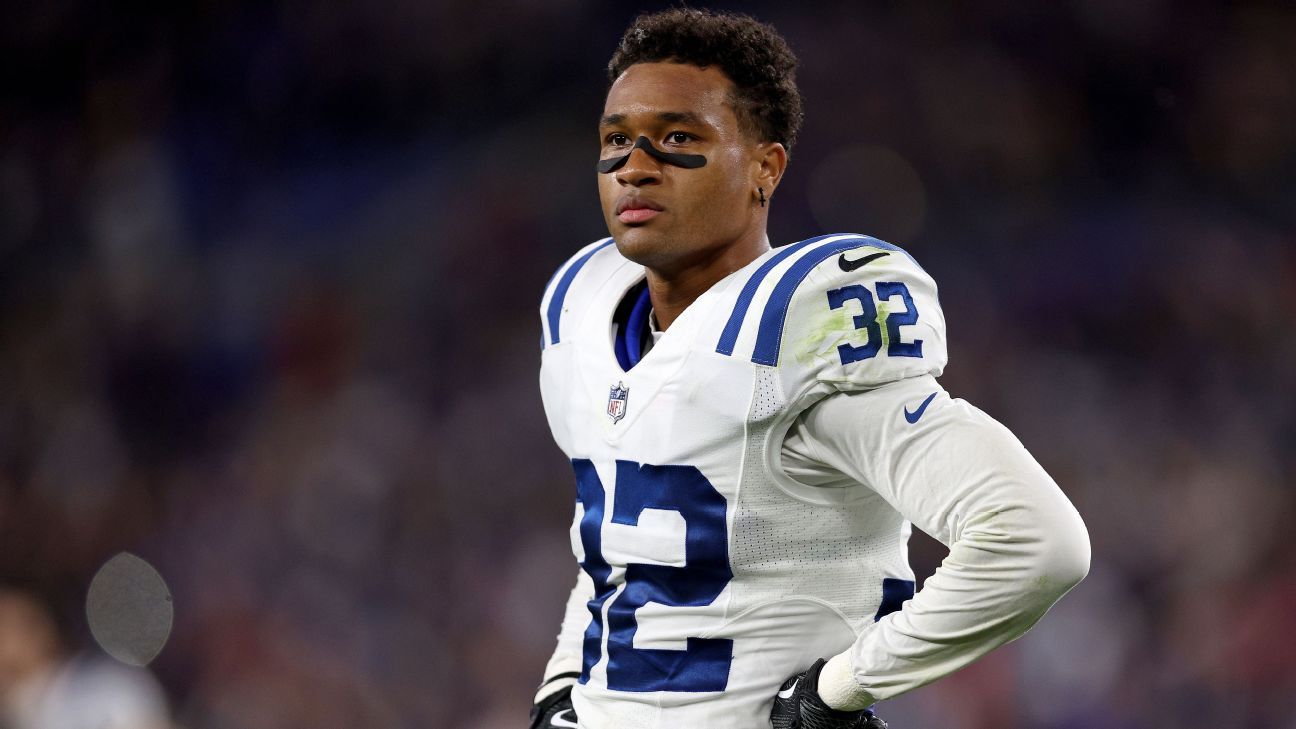 This is Blackmon’s second significant injury in less than two years. He tore an ACL during the Pac-12 championship game while at Utah in 2019. Blackmon, who was selected in the third round of the 2020 draft, recovered quickly enough to play in 15 games and intercept two passes as a rookie.

Blackmon’s season ends with 34 tackles, one forced fumble and one pass defended.

“It’s how we respond that matters!” Blackmon tweeted. “Let’s get this W this week!!”

Expect the Colts to add a safety to the active roster, because Khari Willis, George Odum and Andrew Sendejo are the only players at the position currently on the roster.

Blackmon’s injury adds to what has been a season-long list of injuries for the Colts (2-4). Quarterback Carson Wentz, guard Quenton Nelson, linebacker Darius Leonard, kicker Rodrigo Blankenship, cornerback Xavier Rhodes, wide receiver Parris Campbell and right tackle Braden Smith are some of the key players who have been out or are currently out for multiple weeks due to substantial injuries.

The Colts (2-4) have placed 19 players on injured reserve since the start of training camp in late July, with Blackmon set to be the 20th.