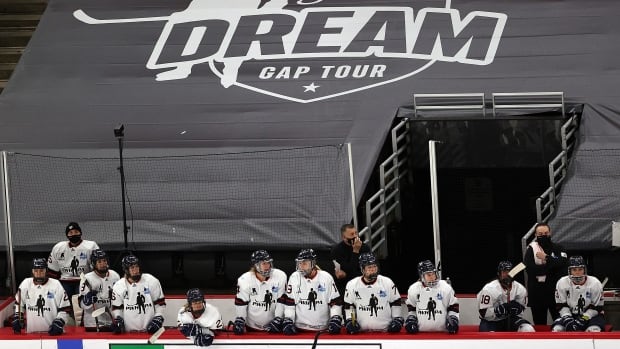 A Professional Women’s Hockey Players’ Association all-star team will play Canada’s Olympic team in December before heading to Japan for a series with that country’s women’s team.

The PWHPA all-stars face Canada on Dec. 9 and 11 in Calgary before travelling to Japan for games from Jan. 9-16.

The PWHPA rose from the ashes of the collapse of the Canadian Women’s Hockey League in 2019 after 12 seasons.

The association, which includes several Canadian and American national-team members, is striving for a sustainable league that pays players a living wage, and provides the same competitive supports the male pros get.

The top Canadian and U.S. players are currently centralized in Calgary and Blaine, Minn., respectively preparing for February’s Winter Olympics in Beijing.

The PWHPA all-star team for the games against Canada will be named in December, the association said Friday in a statement.

“We are thrilled to continue to provide opportunities for our players to compete this season,” said PWHPA operations consultant and Hockey Hall of Famer Jayna Hefford.

“It’s really a win-win for us and these national teams because it provides the players on all sides with a competitive atmosphere, as well as a wonderful platform for our game”