The Washington NFL team might be changing their name, but those who shaped the team’s history say their accomplishments will not be altered.

Washington announced Monday it will retire its nickname. The franchise is in the process of selecting a new one. The reaction from several key alumni ranged from acceptance to defiance.

“It’s the dawn of a new day,” said Rick “Doc” Walker, who played for Washington from 1980-85 and is part of the team’s game-day broadcast in addition to hosting a radio show on the Team980. “It’s in lockstep with what’s going on in our country right now. A lot of pages are being turned.” 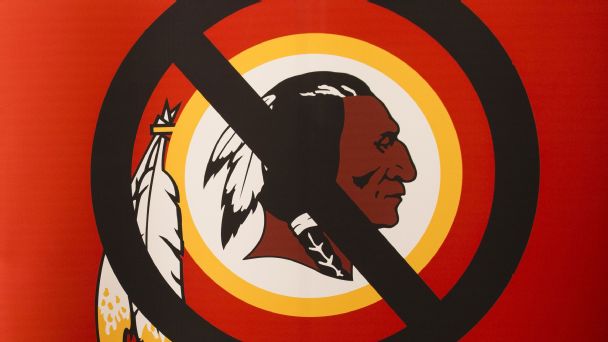 The sports world is a part of the change with Washington’s NFL team dropping its nickname after 87 years. The name has certainly played a role in plenty of players and coaches considering it an iconic franchise.

“I applaud [franchise owner] Dan Snyder for what he’s doing trying to move us all forward,” said former cornerback Darrell Green, who played for Washington from 1983 through 2002. “That’s what I’m grateful for. I don’t want anything but what’s right and true and honest and full of integrity. I believe the majority of fans would agree with me.

“I’ve got [Redskins] jerseys and helmets. Hey, I’m ready to throw them away. Give me the new helmet. When I ran down the field in Chicago [on a punt return for a TD during a 1988 playoff win] or chased down Tony Dorsett [on MNF in his first game as a pro], those things were for the team that was in Washington.”

But not everyone is willing to accept the change.

“I’ll always call them the Washington Redskins, I’m sorry,” said former center Jeff Bostic, one of the fabled Hogs who played with Washington from 1980 through 1993.

“I’ve got great memories, great game scenarios that played out. There are parts of that I’ll never forget the rest of my life. It was an honor for us to put the helmet on that had the Redskins emblem on the sides. This is a political and financial decision. This isn’t what most people want. I’m sure if you’re taking polls in the D.C. area, how many want to keep or change it, I guarantee you the overwhelming number is probably to keep it.”

The franchise had long resisted changing the name. Snyder told USA Today in 2013: “We’ll never change the name. It’s that simple. NEVER — you can use caps.”

In many cases, former players say, they didn’t think much about the name while playing for the franchise. Doug Williams, who was the first African American quarterback to win a Super Bowl while with Washington, said as much.

“We played because that was our job and what we wanted to do,” said Williams, the team’s current senior vice president of player development. “Players don’t come thinking, ‘I’m going to play for this slur name.’ That’s not on their minds. All they know is they’re playing in the NFC East and they’re playing the Dallas [Cowboys], the New York Giants and the Philadelphia Eagles.”

Washington won three Super Bowls and played in four between 1982 and 1991, including when Williams helped lead a 42-10 win against the Denver Broncos in January 1988.

“We won as Redskins, we won the game,” Williams said. “But at the end of the day, it’s about the players and we still deserve our rings because we did it, the name didn’t do it. That’s all we can say. The name changes, but the city doesn’t change and the teams don’t change, the franchise doesn’t change. It’s just the name and the logo. It should not have an impact on the history of the organization.”

Walker said he once sat on a plane next to a Native American who told him the name Redskins was derogatory. From that point on Walker said he stopped using the name and would refer to Washington as the Skins or the burgundy and gold. Then, four years ago, he said at another reception, former Washington general manager Bobby Beathard shared his experience visiting Native American reservations where there were high schools with the same nickname.

Walker said, as an African American, he understood the confusion over what a group wanted to be called. He also understands the conflicting emotions that many fans will have.

“It wouldn’t tarnish any of the memories,” Walker said. “We looked at it as a badge of honor. I was proud of that logo. Man, the first time I saw it I thought it was a Black man. I couldn’t believe it. I always looked at it as a sense of pride. When we had contact with Native Americans, it always seemed there was a sense of pride. But everybody is different. If it infringes on anyone’s human rights, then I’m just as happy if they call them the Warriors or the Red Tails or whatever.”

Max Kellerman criticizes Dan Snyder for taking so long to change the Redskins’ team name, despite years of hearing how inappropriate it is.

For other former Washington players, it was about other names, specifically their own, that mattered more than anything.

“Ultimately I played for the fans, my family, your pride, for organizational pride,” said former Washington returner and running back Brian Mitchell (who was with Washington from 1990-99). “I didn’t play for a name per se. Guys never talked about it because players play. But you were asked the question again and again, and it gets to where you start asking and researching and try to figure it out. Some Native Americans had a problem and some didn’t. My mindset was always, we need to sit down and have a serious discussion. If you’ve offended someone, you needed to have that discussion instead of being close-minded.”

Mitchell won a Super Bowl with Washington after the 1991 season. He has made a living in retirement talking about the franchise on radio with the Team980 and on TV with NBC Sports Washington.

“It doesn’t change anything at all,” Mitchell said. “People today see it as a pride and honor thing. But you can’t tell other people that you’re depicting what hurts and what doesn’t hurt. At this point I think the people that performed, they can still have pride in what they did. You shouldn’t be ashamed of anything you did because you went out and did a job.”