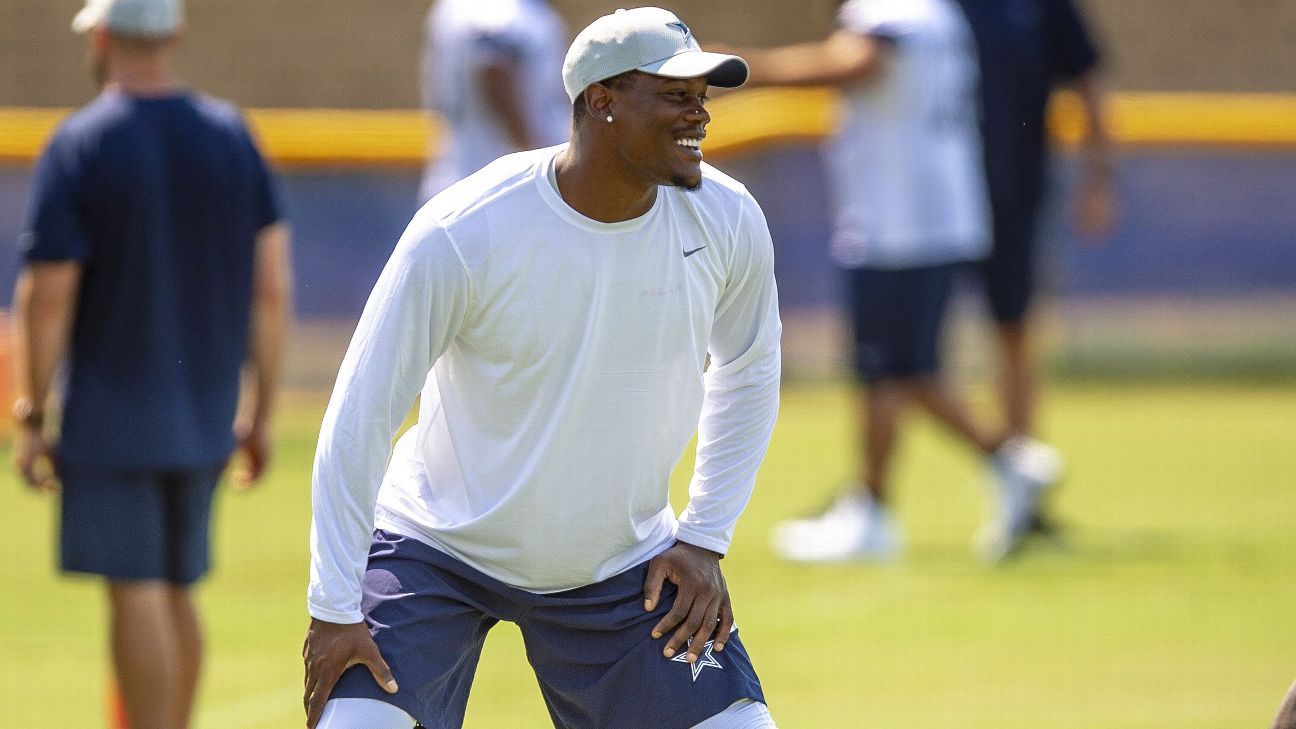 Randy Gregory’s return from an indefinite suspension remains in limbo as training camp approaches, but there is some hope the Dallas Cowboys‘ defensive end can be involved with the organization in some fashion, sources told ESPN.

The Cowboys selected Gregory in the second round in 2015 and have stood by him. The team had a short-term extension for Gregory blocked last year by the league because of the suspension.

Earlier this offseason, pass-rusher Aldon Smith was conditionally reinstated by the NFL after multiple suspensions that have kept him off the playing field since 2015. The Cowboys signed Smith to a one-year deal as a free agent that could be worth up to $4 million.