Maybe the line that John Schneider has repeated most often in his decadelong run as Seattle Seahawks general manager is that the organization wants “to be in every deal.” It’s his way of saying that they’ll look into every potential acquisition they feel could make their team better, and it’s why they’re usually linked to the latest big-name player who becomes available even if, in Schneider’s estimation, they bow out 95% of the time.

That approach is worth remembering amid the speculation about Antonio Brown landing in Seattle, which was turned up a couple of notches thanks to social media videos of the All-Pro receiver catching passes from Russell Wilson at the quarterback’s San Diego-area home two weeks ago.

Yes, the Seahawks have looked into Brown, just as they did when he briefly became available in September. And yes, Wilson wants the team to sign him. 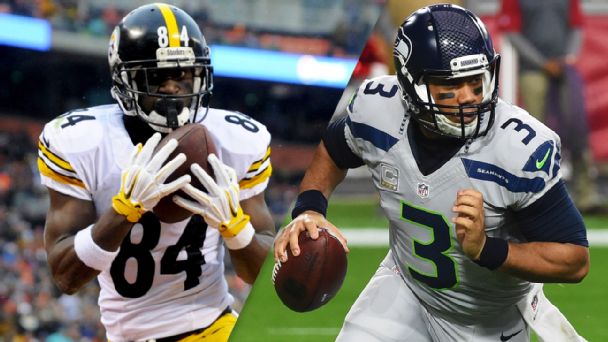 But anyone wondering if that’s in the offing should consider what remains unresolved in Brown’s world. Most troubling among the negative headlines he has made over the past 12 months is a civil lawsuit in which his former trainer accuses him of sexual assault. That is in addition to accusations from another woman of sexual misconduct that, along with other alleged improprieties, came to light in a Sports Illustrated story in September. Brown recently pleaded no contest to a felony burglary with battery charge stemming from a January incident with a moving truck company.

The accusations from the two women seem particularly noteworthy for the Seahawks given the severe backlash — both public and internal — they faced after their 2015 selection of Frank Clark, who had been arrested in college on charges of domestic violence and assault that were reduced to disorderly conduct.

Through his attorney, Brown has denied the women’s accusations. The NFL opened an investigation into them that could result in a suspension, as could Brown’s January arrest. Asked about potential NFL discipline, a league spokesperson told ESPN this week that “the matter remains under review.”

The impression one source gave was that nothing is close to happening with the Seahawks and Brown because of what has to be sorted out in his life first.

Meanwhile, another wideout on the Seahawks’ radar is awaiting his fate with the NFL. Josh Gordon, suspended in December while with the Seahawks for violating the league’s policies on substance abuse and PEDs, applied for reinstatement last month. He has been hoping to have his indefinite suspension lifted before the start of training camp. That would allow him to sign with a team and practice even if commissioner Roger Goodell were to suspend him for a set number of games to begin the 2020 season.

Gordon, according to sources, is fond of the Seahawks and the Seattle area, where he has continued to reside. The interest in a return would likely be mutual — depending on when he becomes available — given his upside and how well-liked he is in the organization.

The Seahawks don’t have a glaring need at wide receiver, but they aren’t without question marks. Tyler Lockett and DK Metcalf form one of the league’s better tandems. David Moore and free-agent pickup Phillip Dorsett II give Seattle the potential for a strong top four. But can Metcalf, who entered the NFL with durability concerns, stay healthy for another full season? Can Moore, still a developing player, bounce back from his down 2019? Can Dorsett earn Wilson’s trust despite all the on-field reps they’ve missed during this atypical offseason?

Gordon already has some familiarity with Wilson and Brian Schottenheimer’s offense. The wideout’s work ethic and personability made a strong impression on the organization over his five games with Seattle last season, during which he caught seven passes for 139 yards. And while there’s the possibility of Gordon suffering another relapse that leads to another suspension — his December suspension was his sixth since the 2013 season and the fifth for some form of substance abuse, according to ESPN Stats & Information research — that would be like losing a player to an injury (but no longer being on the hook for his salary).

The risk with Brown is a repeat of the monthlong fiasco that ended his tenure with the Raiders, before he played a game for them. Or a repeat of the behind-the-scenes antics that wore out his welcome in Pittsburgh. Or something worse.

The size of the risk would depend on the size of his contract. Because the more guaranteed money it contains, the more punitive it could be in regard to the cap for the team to move on should he fall out of line.

It would be one thing if Brown were available on the cheap. In that scenario, maybe the Seahawks could live with certain parts of his past — the frozen feet and uncertified helmet debacles, going AWOL and confronting his general manager — knowing they’d have an all-world talent at a bargain price and could painlessly cut ties at the first sign of trouble. The hope would be that Brown realizes he is on a short leash and acts accordingly.

But even then, there are the other alleged parts of Brown’s past. It’s hard to imagine an organization that dealt with the fallout from the Clark pick signing a player who stands accused of sexual assault.

The Seahawks considered Brown when he was released by the Raiders, then passed on him two weeks later after he was let go by the New England Patriots.

Seattle’s approach with Tramaine Brock in 2017 might be instructive in this case. The team kept a close eye on the cornerback for months that offseason and only signed him once his charge of domestic violence was dropped. The woman later said through her attorney that the altercation in question was verbal.

It might take a similar turn with Brown for the Seahawks’ interest in him to go any further. Unless that happens, don’t hold your breath on seeing him catch passes from Wilson that count.