The virtual Saquon Barkley must not be as good as the real deal. At least that is what this year’s Madden NFL 21 data says about the New York Giants running back.

Barkley was the top running back choice for NFL insiders in a recent ESPN survey, but was tied for the fifth-best grade at his position in this year’s Madden video game. His grade of 91 put him behind Carolina’s Christian McCaffrey, Tennessee’s Derrick Henry, Dallas’ Ezekiel Elliott and Cleveland’s Nick Chubb.

Madden had its reasoning for the ranking that sparked public and social media debate about the game merits of Barkley versus Elliott. 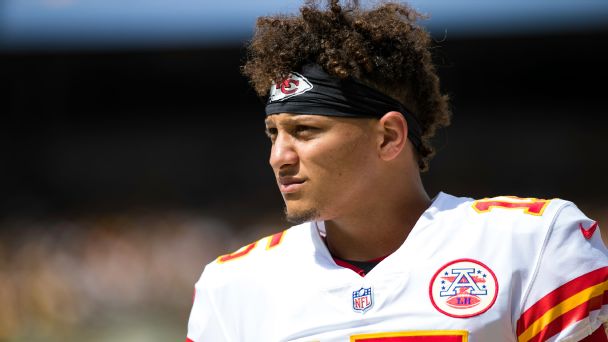 “Our rating are basically coming off what you’ve done last year heading into this year. So if you played through injury and didn’t play well, we have to reflect that because you were out there playing,” EA Sports head ratings adjuster Dustin Smith told ESPN. “Now, doesn’t mean it won’t change as the season goes on. Obviously that is why we do all the roster updates. But if you played through injury and it’s not up to par …”

Barkley, 23, missed three games last season with a high ankle sprain. When he returned, he wasn’t his normal self. Barkley had two 100-yard rushing performances over his final 10 games and averaged a paltry 2.8 yards per carry in his first five weeks back from the injury.

Barkley was admittedly hampered, but not enough to keep him on the sideline. So his play suffered.

And so, apparently, did his Madden rating. It left Barkley in the second tier, tied for fifth among all running backs with Minnesota’s Dalvin Cook.

“Chubb was incredible with doing a lot with a little out there in Cleveland. You had Zeke, who is just a steady, consistent player. He’s always going to play at this particular bar that you think he lives at. You have Henry who just went off and McCaffery who is perfectly well-rounded and does everything great,” Smith said. “For Barkley this year, as long as he doesn’t get hurt again, I don’t see why he doesn’t pop up, because he has all those incredible physical traits.”

And this is the difference between talent evaluators picking which running back they would want on their team (where age is a factor) compared to a video game grading him mostly off an injury-plagued season.

The area that really hurt Barkley — blocking doesn’t affect the overall grade — was “carrier vision.” He was given a 78 rating in that category, which placed him tied for 85th among all running backs.

Even the Pro Football Hall of Famer and former Detroit Lions running back Barry Sanders thought that was harsh.

“I think @EAMaddenNFL got @saquon stats about right,” Sanders tweeted. “But you have to think about giving my man more credit on carrier vision. Hard to think of 85 men who see it better… Think I know a #RatingsAdjuster”

I think @EAMaddenNFL got @saquon stats about right. But you have to think about giving my man more credit on carrier vision. Hard to think of 85 men who see it better… Think I know a #RatingsAdjuster pic.twitter.com/YVn6uABtks

Sanders’ son, Barry J. Sanders, just so happens to be a ratings adjuster with EA Sports. It still didn’t seem to help Barkley.

Maybe then Barkley would be ranked above Elliott, who has a 92 rating this year.

That was the debate this week. The electric bounce ability of Barkley vs. the power and steadiness of Elliott. It’s a pick-your-poison decision. ESPN analyst Max Kellerman took Barkley and declared it “not particularly close,” while ESPN analyst Marcus Spears went with Elliott.

The Cowboys’ star running back didn’t see the point of these debates, or of the nitpicking of his game.

There are a lot of great backs in this league but I don’t understand why the media has to talk down on my game just to uplift other backs. We all are talented football players and can ball.

Check the stats. Since I entered this league I have dominated year in, year out. Put some RESPECT on my name.

“There are a lot of great backs in this league but I don’t understand why the media has to talk down on my game just to uplift other backs,” Elliott tweeted. “We all are talented football players and can ball.

“Check the stats. Since I entered the league I have dominated year in, year out. Put some RESPECT on my name.”

Elliott has the respect; he has been selected to three of the past four Pro Bowls. Only McCaffrey and Henry ranked ahead of him in this year’s version of Madden.

As for Barkley, he has some work to do in order to boost his stock with the Madden adjusters. He already seems to have won over those from inside the league.

“If he stays healthy, he’s the best running back in the game. Most dynamic,” an executive with an NFC team told ESPN earlier this offseason. “He can score any time he touches the ball. He’s proven that.”