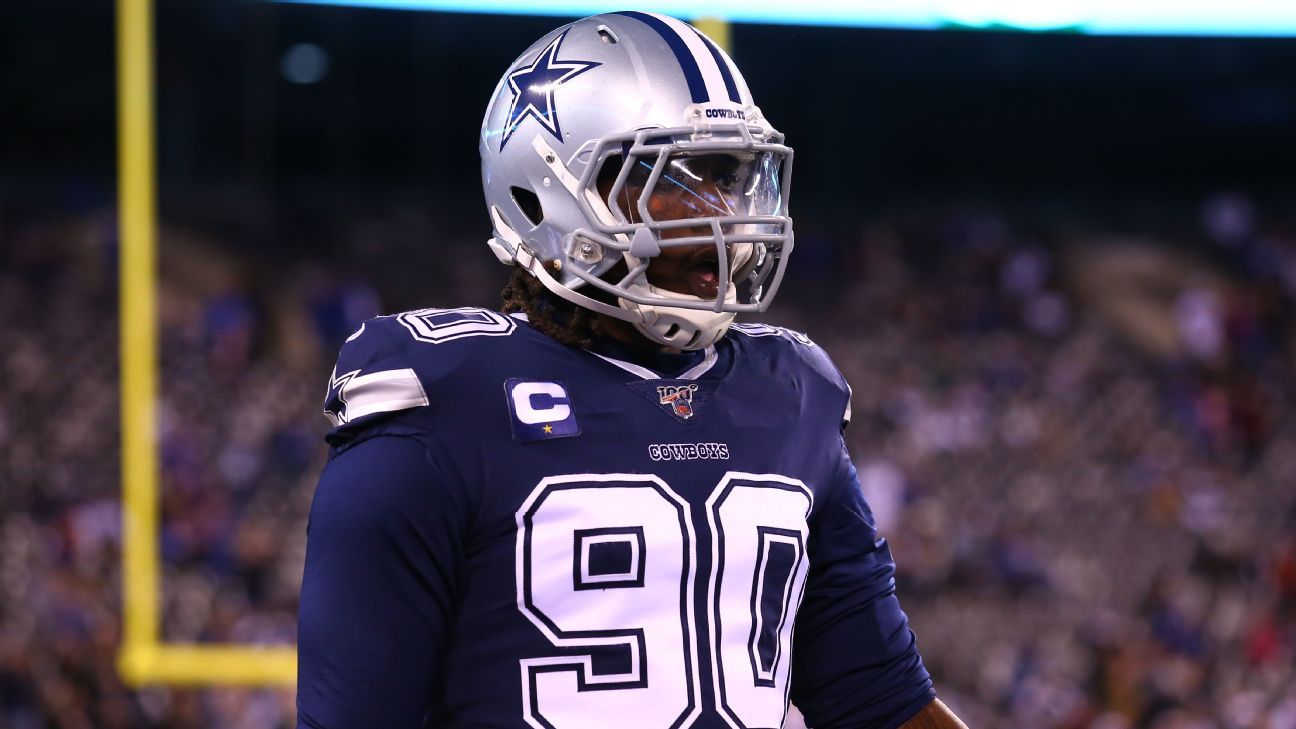 DeMarcus Lawrence is facing a difficult decision. He wants to report to Dallas Cowboys training camp on July 28, but he wants to make sure he can stay safe so he can keep his family safe.

His wife, Sasha, is pregnant and due in October, and he is unsure if it will be wise to show up, given the coronavirus pandemic.

“I’m taking it one day at a time, talking with my team and trying to figure out as many details as possible before I make a decision and have it set in stone,” Lawrence told ESPN. “Shoot, I love to ride with my brothers and play the game of football. When I have to take that away from myself, it’s hard and I don’t want to make a decision like that. But I also have to make sure I’m taking care of my family. Family is No. 1. After the game of football is done, that’s the only thing I have to depend on, so I’ve got to take care of them.”

The NFL and NFL Players Association have been working on protocols to potentially mitigate the spread of COVID-19. Lawrence said he heard there could be a possibility of having the ability to isolate by staying at a team hotel during camp.

“You can incarcerate the body, but you can’t incarcerate the mind. That’s the choice of your freedom,” Lawrence said. “I feel like I’ll be OK. I know my wife’s a strong woman. She always steps forward for our family if we have to make this sacrifice in order to make sure our family is striving and still surviving. Other than that, do I want to? Hell no. But sometimes you have to roll with the punches, stand up, stand your ground and do whatever you have to do to make things happen.”

The league and players association have not agreed to opt-out possibilities. Lawrence is entering the second year of a five-year, $105 million contract that included a $25 million signing bonus. Lawrence said if he did not report to camp he would be subject to having to repay part of the bonus.

“It’s those type of thing that make you think, ‘Man, are we some pawns? Is my life just a game,'” Lawrence said. “I know I ain’t got forever to play, but at the end of the day, come on, you’re just going to toss me around because you’ve got dollar signs in your face?”

“But my No. 1 concern is will I be able to see my family and be there for my daughter’s birth?” Lawrence said. “If I can’t be, we’re really going to have to take some major difficult considerations about this season, because I’m not missing the birth of another child.”