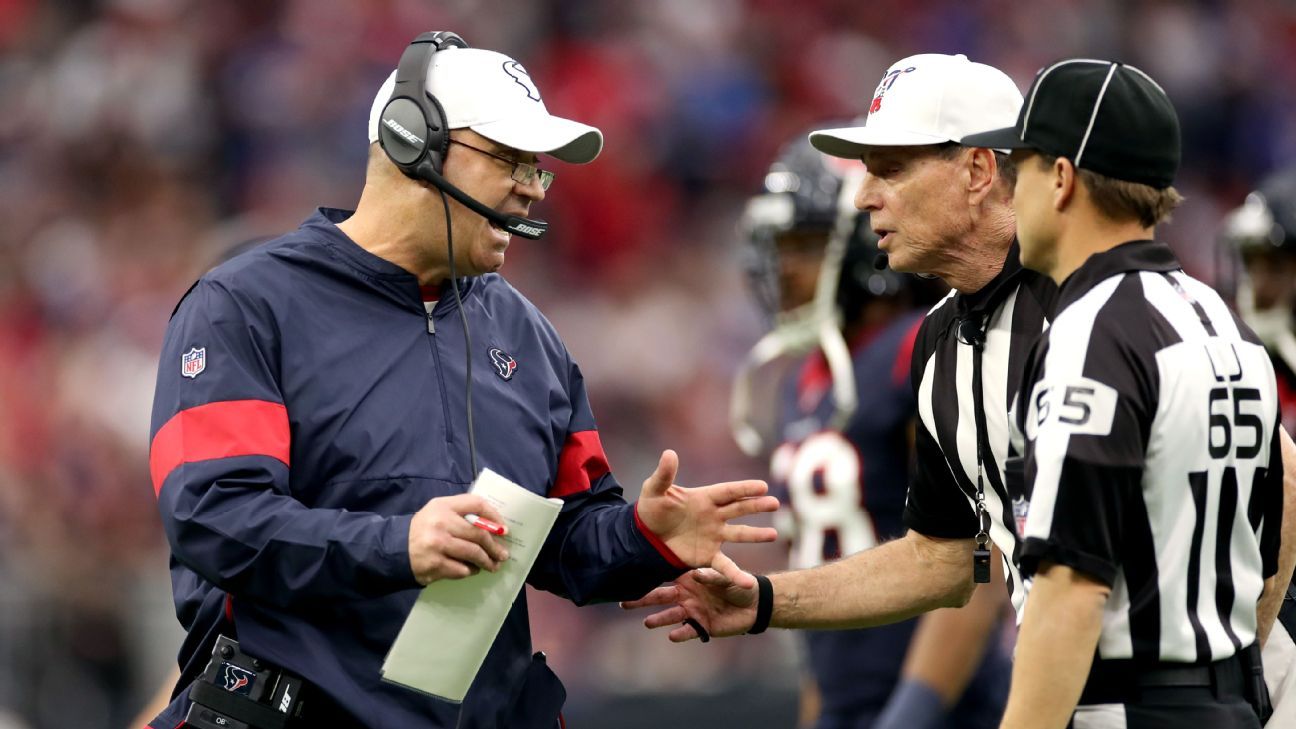 NFL officials likely won’t set foot on a field until Week 1 of the regular season, one of several new coronavirus protocols under discussion between the league and the NFL Referees Association.

Officiating crews usually make a multi-day visit to a training camp, during which they explain new rules to players and coaches and also work on their own timing and crew communication during practices. To minimize the risk of infection this year, those trips have been canceled, according to NFLRA executive director Scott Green. The league is hoping to have virtual presentations instead.

Officials also will not be able to get their usual work in during preseason games, which the league and the NFL Players Association have agreed to eliminate this year, according to ESPN sources. That scenario re-creates the challenge officials faced after their 2012 lockout, when they missed the entire preseason and did not begin working games until Week 4 of the regular season.

Green said he is continuing to discuss other new protocols, including travel and plans for illness coverage. The NFL did not hire swing officials this year, leaving two options in the event that an official falls ill: multiple assignments in one week or working with smaller crews. The typical NFL crew includes seven on-field officials.

Like the players’ union, the NFLRA is seeking an “opt-out” policy that would apply to officials who either can’t work because of the pandemic or are uncomfortable doing so. The average official is about 52 years old.