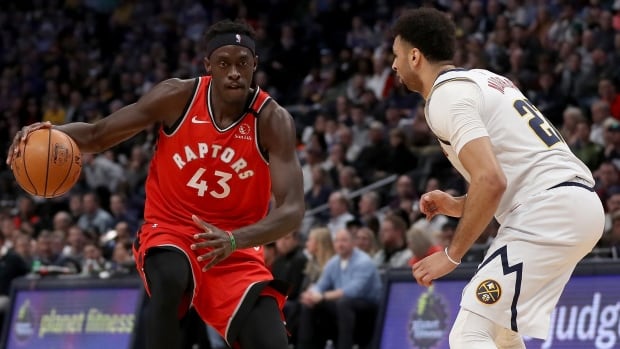 Nick Nurse might not have been the best student in college, at least when it came to being able to get work done ahead of time.

By his own admission, he would start big projects such as papers a couple days before they were due. He likes to cram information, which is why the Toronto Raptors coach might be perfectly suited for basketball inside a bubble during a pandemic.

At Walt Disney World, he’s spending his downtime — and there is a lot of it — studying film. There’s a championship to resume defence of in a week or so, and Nurse sounds like he’ll be ready.

“I didn’t watch a ton during the pandemic, to be honest. … So, I’m watching a lot more tape now that the games are approaching,” Nurse said.

He’s doing the bulk of his work now, coming up with the sort of ideas that helped Toronto win its first title a little over a year ago. Some of his key players have been getting big-time work in throughout the league shutdown caused by the coronavirus pandemic — point guard Kyle Lowry looks slimmer, centre Marc Gasol looks much slimmer. And if the Raptors are going to make another deep playoff run, those veterans will likely be big reasons why.

“It’s clearly Kyle’s team,” Nurse said. “His care factor is way up there. His intelligence factor is way up. We’re in good hands with him being the leader of this team. When a guy plays the way he does, the leadership by example … that phrase is probably overused, but it’s certainly the case.”

The Raptors were amused earlier this season when the widespread belief was that losing reigning NBA Finals MVP Kawhi Leonard in free agency to the Los Angeles Clippers doomed their hopes for another strong season.

Those whispers are long gone. The Raptors come into the restart holding the No. 2 spot in the Eastern Conference, and probably can’t fall past the No. 3 seed no matter what happens in the eight seeding games.

Basketball is back. So are the champs, who do not intend to yield their spot atop the league easily.

The long break should help Gasol, who battled left hamstring trouble after a lengthy 2019 in which he won his first NBA championship and then led Spain to the world basketball title. He missed 15 games after he was hurt Jan. 28, returned for one brief appearance and then sat out again in the final game before the stoppage.

The Raptors had just finished a five-game trip to the West, winning the final four, when the season was suspended. They are on pace for a better record than their championship team that finished with a .707 winning percentage. They are at .719 — and if Toronto goes 6-2 or better in the seeding games, this team will finish with the best single-season winning percentage in Raptors history. That mark of 59-23 (.720) was set by the team that went to the East semifinals two years ago.

Of the nine teams at Disney from the Eastern Conference, the Raptors are the only team that has a different leader in five different stat totals — points (Siakam), rebounds (Serge Ibaka), assists (Lowry), steals (Fred VanVleet) and blocks (Chris Boucher). In the West, among the 13 teams from that side of the league at the restart, Phoenix and New Orleans also have five different players leading in those categories.

Siakam was the NBA’s Most Improved Player last season. This season he’s averaging career highs of 23.6 points and 7.5 rebounds. He’s in line to become the third Raptors player ever to finish a season averaging at least 23 points and seven rebounds, joining only Chris Bosh in 2009-10 and Leonard last season.

The magic number for the Raptors this season has been 44%. When Toronto shoots at least 44 per cent from the field, it has gone 36-4. In games where it doesn’t hit that mark, the record is 10-14. And in the two seasons under Nurse, including playoffs, the Raptors are 65-6 when shooting 48 per cent or better — with four of those six losses coming in games decided by two points or less.