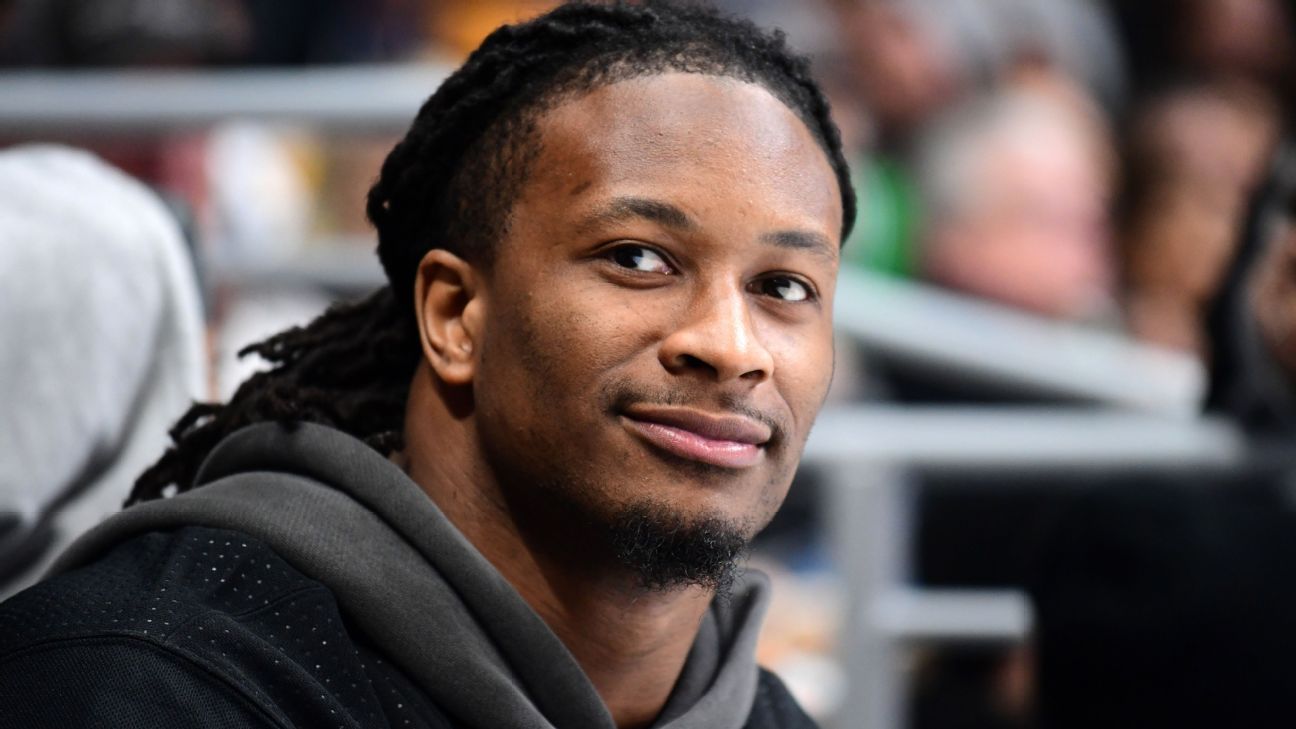 Atlanta Falcons players Todd Gurley and Grady Jarrett hope talking candidly about racial injustice will help promote change. But both Gurley and Jarrett are eager to continue to put action behind their words.

Speaking on an Instagram Live session Wednesday night hosted by Gurley and moderated by ESPN’s Jalen Rose, Gurley and Jarrett participated in a discussion that addressed racial injustice; police brutality associated with the killing of George Floyd, Breonna Taylor and others; disparity in wealth based on race; the lack of diverse curricula in schools; the Black Lives Matter movement; and the importance of voting, along with many other issues.

Rose asked Gurley, the 2017 NFL Offensive Player of the Year with the Los Angeles Rams, whether his celebrity status has excluded him from experiencing racial injustice. Gurley responded, “Certainly not. At the end of the day, we’re still Black men in America.”

The running back proceeded to talk about how sorely the NFL needs change, considering the lack of minorities in high-power positions and the divide that still exists from when Colin Kaepernick protested racial injustice by taking a knee during the national anthem in 2016.

“Being in the NFL, seeing everything that we go through in the NFL, a lot still needs to be changed,” Gurley said. “That’s why we’re trying to push up on the commissioner — you know, the whole Colin Kaepernick situation with him not being able to be in the league — there’s still a lot that needs to be changed.

“I feel like us players, as we’ve been coming together, dealing with the [coronavirus] pandemic and dealing with the George Floyd situation, there’s still a strong move to push. But it’s definitely a start. We’ve just got to keep pushing on, keep hounding the NFL to do better because it’s a large organization. We need to be able to push the league to do more for the Black communities.”

Floyd died on May 25 in Minneapolis after a white police officer kneeled on his neck for nearly eight minutes. Taylor, a Black medical worker, was killed in Louisville, Kentucky, in March after police executed a “no-knock” warrant and shot the 26-year-old at least eight times, per reports.

Rose brought up the subject of police brutality and asked Jarrett whether he anticipates taking a knee and whether he envisions hundreds of players taking a knee this season, particularly after commissioner Roger Goodell said the league was wrong in not listening to the players and encouraging them to speak out and peacefully protest. Jarrett took a knee alongside teammate Dontari Poe in 2017 after President Donald Trump said NFL players should be “fired” for kneeling during the anthem.

“By the time I took that knee … I wanted it to be more than just a gesture,” Jarrett recalled. “I wanted it to be a commitment to myself to do more in the community and get more involved. I would say for anybody that’s thinking about [kneeling], don’t just do it because it’s the cool thing to do or now it’s a little more accepted to do, so I can do it just to fit in because this is what the people want me to do. If you do something, find out an organization that exists and go put some money behind it, effort behind it.

“I anticipate a lot more people doing social demonstrations during this year, whether it’s taking a knee or locking arms — a lot of different ways guys want to get the message across. I do anticipate seeing a lot across the league and [kneeling being] something that I’m sure our team, we will talk about how we want to go about it. … I just say put some work behind the actions.”

As The Undefeated’s Jason Reid reported this week, the league plans to allow players to have decals on the back of their helmets bearing names or initials of victims of systemic racism and police violence. In June, the league also announced a $250 million commitment to social justice issues over a 10-year period.

Gurley and Jarrett have been involved in the Atlanta community in an effort to inspire Black youth and promote racial equality. Jarrett, a strong voice on the Falcons’ social justice committee and the team’s Walter Payton Man of the Year nominee in 2018, puts financial support behind at-risk kids by donating to reading programs and being an advocate in the anti-bullying campaign. Upon becoming a Falcon this offseason, Gurley donated hundreds of hot meals to those in need during the pandemic, and he’s the featured speaker for a webinar Friday in partnership with Black-owned startup company Perch Credit to educate youth about financial wellness and money management.

Rose asked Jarrett the same question about whether his celebrity status makes him immune to racial injustice.

“As far as my experience as a professional athlete in my hometown, I think at the end of the day, whatever you do in life as success, they’re going to look at you as a Black man first,” Jarrett said. “The challenges that you will face are inevitable. They will allow certain elevations to a certain extent. I think being in a position as far as having some success, yes, there will be positions where I might have a little more leeway than the next Black person who is not in my position.

“But you’ve got realize there’s less than 1% of people like myself being in this position. Because of the limitations that were put on us as a race, sometimes we won’t get the opportunity to show what you can do. I think that’s what we, as [Black] people, are asking for: the opportunity to show we can do it, and just having a level playing field. It’s not about giving a handout. All we want is a level playing field.”

The panel also included Martin Luther King III, oldest son of the Rev. Martin Luther King Jr. He brought up the recent change in Washington, with the city’s NFL team dropping its racist nickname. (The franchise announced Thursday that it will be the “Washington Football Team,” pending adoption of a new name.) Financial ramifications with sponsorships helped lead to that change. King made the point that people can promote change by not spending money at businesses they believe are not about equality.

“Nonviolence can be a revolutionary technique,” he said. “All of these demonstrations that we’ve seen across this nation — and we’ve seen millions of people across our nation and the world. For the first time in the history of our world, we have the attention of the world.”

Rapper Bun B, who noted that Black artists are dominating the Billboard charts for the first time, explained how he believes Black people are sometimes viewed.

“You shouldn’t have to be the No. 1 running back in America in order to prosper in America,” he said. “Our Black children shouldn’t have to think if they can’t run with a football or shoot through a hoop or be an entertainer or recording artist that they can’t prosper in this country. They’re witnessing now, in real time, how America sees them, how America views them. They’ve been told the ‘America Dream’ works for everybody, but they’re witnesses now that it doesn’t work for Black people in this country. They’re angry about it and confused.”

Rose, a former NBA player, concluded his thoughts on the discussion with the following statement: “I wish America loved Black people as much as it loves Black culture.”