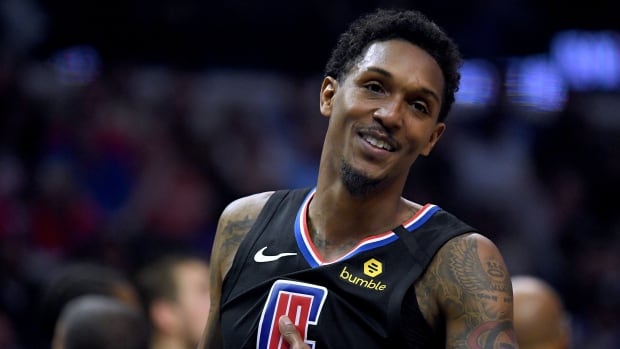 The NBA said Sunday that Lou Williams of the Los Angeles Clippers is being quarantined for 10 days because of his trip out of the league’s bubble last week to attend a family member’s funeral.

The issue was not that Williams left the bubble but that he also went to a club on that trip to Atlanta, and photographs of that visit — with him wearing a type of mask that the NBA distributed inside the bubble at Walt Disney World — appeared on social media.

That prompted an investigation by NBA security, and ultimately the 10-day ruling. Williams visited a club that he has often described as being his favourite restaurant, and the establishment even has chicken wings that are named for him on the menu.

But by being in a group of people and potentially exposing himself to coronavirus, the NBA decided that a longer quarantine was what’s required to ensure the safety of those in the bubble.

Zion Williamson of the New Orleans Pelicans got only a four-day quarantine after leaving the bubble earlier this month for a family matter. Williamson received the shorter quarantine because was tested daily during his absence and continually was negative, plus satisfied other NBA requirements.

The Clippers were not practicing Sunday and not expected to comment on the NBA’s ruling before Monday. They had 10 players available for their scrimmage game against the Washington Wizards on Saturday night. With Montrezl Harrell and Patrick Beverley also having left the bubble for personal reasons and now Williams gone for an extended absence, they’ll be short-handed for the foreseeable future as well.

“It’s a challenge, you know, because we only have 10 guys,” Clippers coach Doc Rivers said Saturday night. “That makes it really challenging. There’s no breaks in practice, so you tend to not go as long. You feel like you don’t get half the stuff in that you want to get in. So no, it’s been a challenge. I’d love to say it hasn’t been, but it’s been a definite challenge.”

Williams is a Sixth Man of the Year candidate this season, averaging 18.7 points this season for the Clippers. The Clippers have secured a playoff spot and enter the restart sitting second in the Western Conference, 5 1/2 games behind the Lakers and 1 1/2 games ahead of third-place Denver.