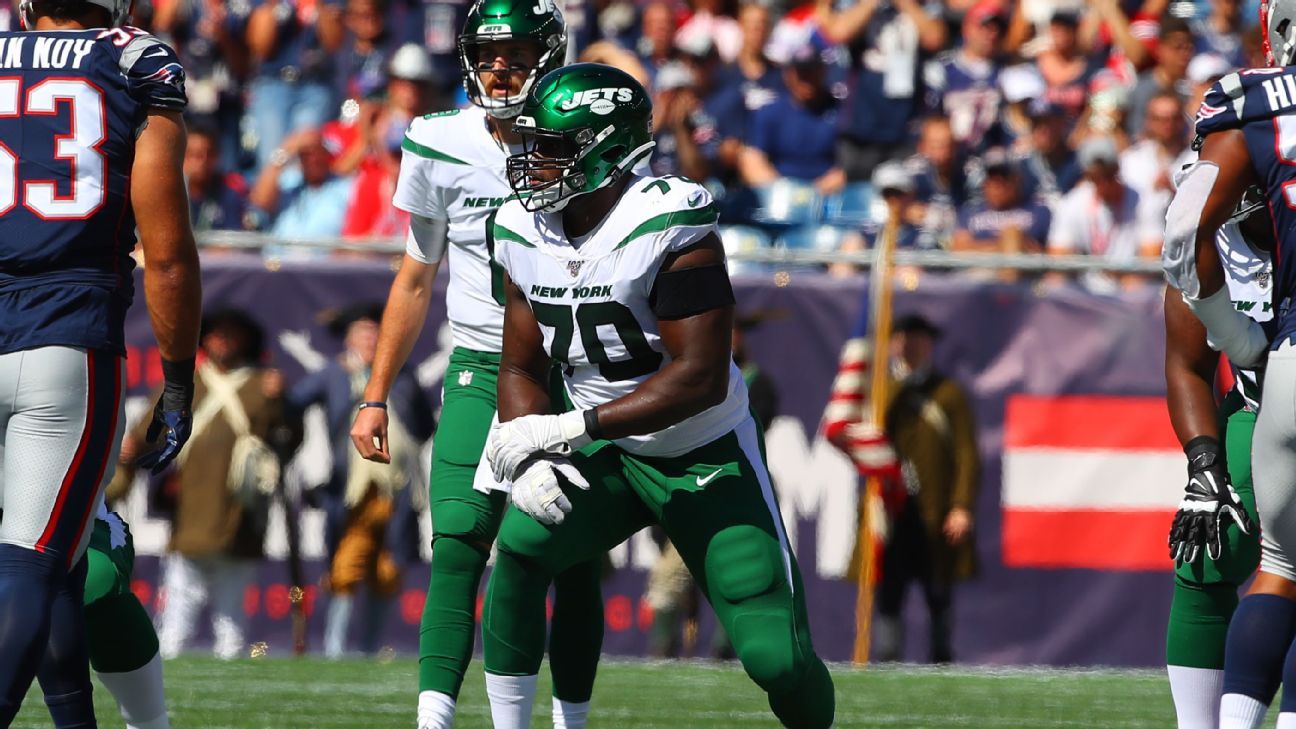 Faced with the sudden loss of a second starting guard from last season’s Super Bowl, the Kansas City Chiefs moved to fill the void by agreeing to terms of a one-year contract with veteran Kelechi Osemele, a source said.

The move was first reported Saturday by Yahoo Sports.

The Chiefs recently learned that starting right guard Laurent Duvernay-Tardif would opt out of the 2020 season amid the coronavirus pandemic. Stefen Wisniewski, who started at left guard in Super Bowl LIV, left as a free agent for the Pittsburgh Steelers.

The Chiefs have other candidates to start at guard, including veteran free-agent addition Mike Remmers. Andrew Wylie and Martinas Rankin each started at least five games for the Chiefs at guard last season and also return.

Osemele played in three games for the Jets last season before injuring his shoulder. Osemele said he had a torn labrum. The Jets fined Osemele after he declined to practice and for having surgery that wasn’t authorized by the team. He was then released.