It was hot. Steamy hot. That’s about the only thing anyone knew for sure before the Carolina Panthers and Jacksonville Jaguars met 25 years ago today in Canton, Ohio, for the Hall of Fame game. 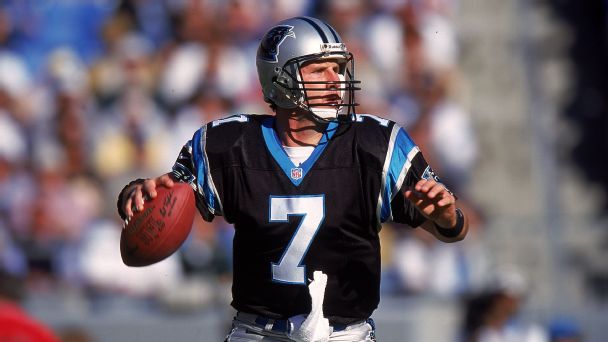 It was so raw that the opening kickoff was delayed almost three minutes because the teams lined up on the wrong side of the field.

“Really? I don’t remember that,” said then-Jaguars starting quarterback Steve Beuerlein, who signed a three-year deal a year later to play for Carolina, the organization he said he wanted to play for all along after being the first pick of the expansion draft. “I do remember Tom Coughlin wanted to win that game very badly.

“It was like the Super Bowl. He wanted to establish dominance right away.”

The game, a 20-14 Carolina victory, meant nothing in terms of what would happen that season.

The organizations had been compared ad nauseam since the NFL in the fall of 1993 awarded Carolina the 29th franchise and Jacksonville the 30th. Every move, from the expansion draft to the college draft to free agency, was dissected and debated.

“The media was all riled up about it, but we didn’t give a damn,” said Hall of Fame executive Bill Polian, Carolina’s first general manager. “We were trying to build the best Panthers team we could. Other than the Hall of Fame or the Super Bowl, we weren’t going to play them.”

Carolina founding owner Jerry Richardson didn’t hide from pressure, promising to win a Super Bowl within the organization’s first 10 years. They almost did, getting to the NFC Championship Game in the second season and reaching the Super Bowl in 2003 and again in 2015.

Jacksonville, which also made the AFC Championship Game in its second season, is still looking for its first trip to the Super Bowl.

Comparisons of the franchises aren’t as prevalent today. But on this anniversary, let’s take a look at how they’ve done as their inaugural game reaches its silver anniversary:

Carolina got off to a faster start, winning an expansion-record seven games in 1995 and going 12-4 in the second season because of a more veteran roster. That was key for an organization building a new stadium for the 1996 season and trying to sell permanent seat licenses.

Jacksonville had a 49-38 advantage after five seasons as the Panthers got old fast and the younger Jaguars roster came into its own.

But in terms of consistency, despite never posting consecutive winning seasons, the Panthers have been far and away better.

Both teams had solid initial success, making the playoffs in their second seasons. Neither have achieved the ultimate prize. The Panthers came close twice.

Matt Rhule this past offseason became the fifth coach in Carolina history. The Jaguars, in Doug Marrone, have their sixth coach, and they’ve had four since 2011.

As New England proved with Tom Brady, having a franchise quarterback long-term is key to consistency, something neither the Panthers nor Jaguars have had for the most part. Carolina released its initial franchise quarterback, 1995 first-round pick Kerry Collins, four games into his fourth season, with alcohol abuse a factor.

Advantage: Tie. The Jaguars had less turnover, but the Panthers had two quarterbacks that led them to Super Bowls in Newton and Jake Delhomme. Brunell doesn’t get the credit he deserves as a QB and playmaker because he never threw for more than 20 TDs in a season. Blame Coughlin for that because the Jaguars turned to James Stewart, Natrone Means and Fred Taylor when they got inside the 10-yard line. Fun fact: Current Jaguars QB Gardner Minshew started 12 games as a rookie last season and already has more career victories with the Jaguars (six) than Gabbert and Chad Henne (5-17).

This benchmark uses Pro Football Reference.com’s Approximate Value ranking, which puts a seasonal value of a player at any position from any year. This number represents the average of their draft picks since 1995.

The Jaguars have been shut out in major on-field awards since 1995.

Both organizations are in rebuilding mode. Both are going young, although rebuilding in different ways. Carolina is going with a first-year NFL coach in Matt Rhule, a 30-year-old offensive coordinator in Joe Brady and a quarterback in Teddy Bridgewater who has the daunting task of replacing Newton. 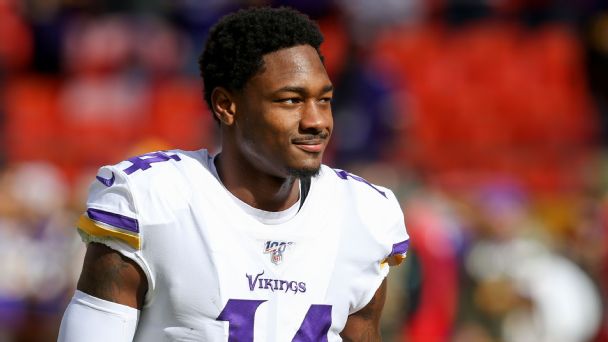 The Jaguars are sticking with Marrone, who coached the Jaguars to the AFC title game in 2017 but has won 11 games since, and giving 2019 sixth-rounder Minshew the chance to prove he can be the long-term starter.

Frank Garcia, a rookie center 25 years ago, believes the 1995 Panthers might have been more talented than the current team. There’s no question that roster was more experienced or that Capers had more NFL experience than Rhule, who has spent one season in the league.

It was Capers that held things together during an 0-5 start in 1995 so the organization could win 20 of its next 27 games, including the playoffs.

“Dom positively, through those first five losses, was just an absolute game-changer for everybody,” Garcia said. “I never will cease to respect and admire how he handled that.”

Rhule has job security with a seven-year, $62 million deal, so he can take his time rebuilding. Jaguars owner Shad Khan is giving Marrone, as well as general manager Dave Caldwell, a chance to prove they can turn the franchise around without Coughlin looking over their shoulders (Khan fired Coughlin in December). But how much patience will Khan have after seven losing seasons in his eight years as owner?

Neither organization is expected to compete for a playoff spot this year, so expectations are as low now as they were in 1995 and 1996, when both teams exceeded expectations and made deep playoff runs.

As was the case then, the organizations are taking different approaches.

“There were very few similarities between the two,” Beuerlein recalled of the first few years of both franchises. “It just shows there’s a bunch of different ways to do it.”