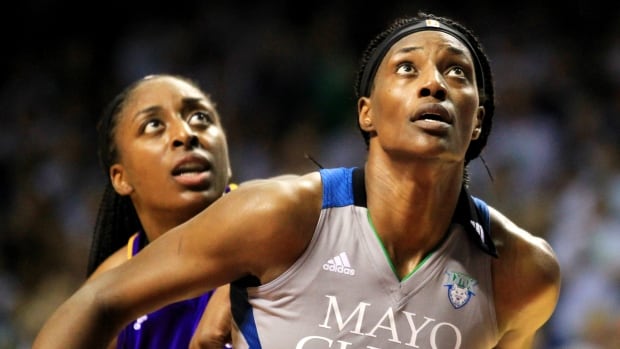 Fowles came into Minnesota’s game against Seattle on Tuesday night six rebounds behind Brunson, who is now an assistant coach with the team. Brunson finished her career with 3,356 boards and Fowles got the record-breaking rebound just a few seconds before the half.

“It’s very special to be surpassing Rebekkah. It means everything,” Fowles said. “Watching BB put in work before I got into the league, I was in awe. To grab this from her means a lot because I know she put in the work. It sums up who I am as a player as well. I never was an offensive threat until I got to the league. This new title will be everything since I’ve put in work since day one.”

Fowles said she and Brunson haven’t talked about the record.

“She did make a statement to [Lynx coach] Cheryl [Reeve] that if anyone was going to break this record it was going to be me,” Fowles said. “That means a lot coming from her.”

The 6-foot-5 centre celebrated her five-year anniversary with the Lynx this week after getting traded to the team from Chicago on July 27, 2015.