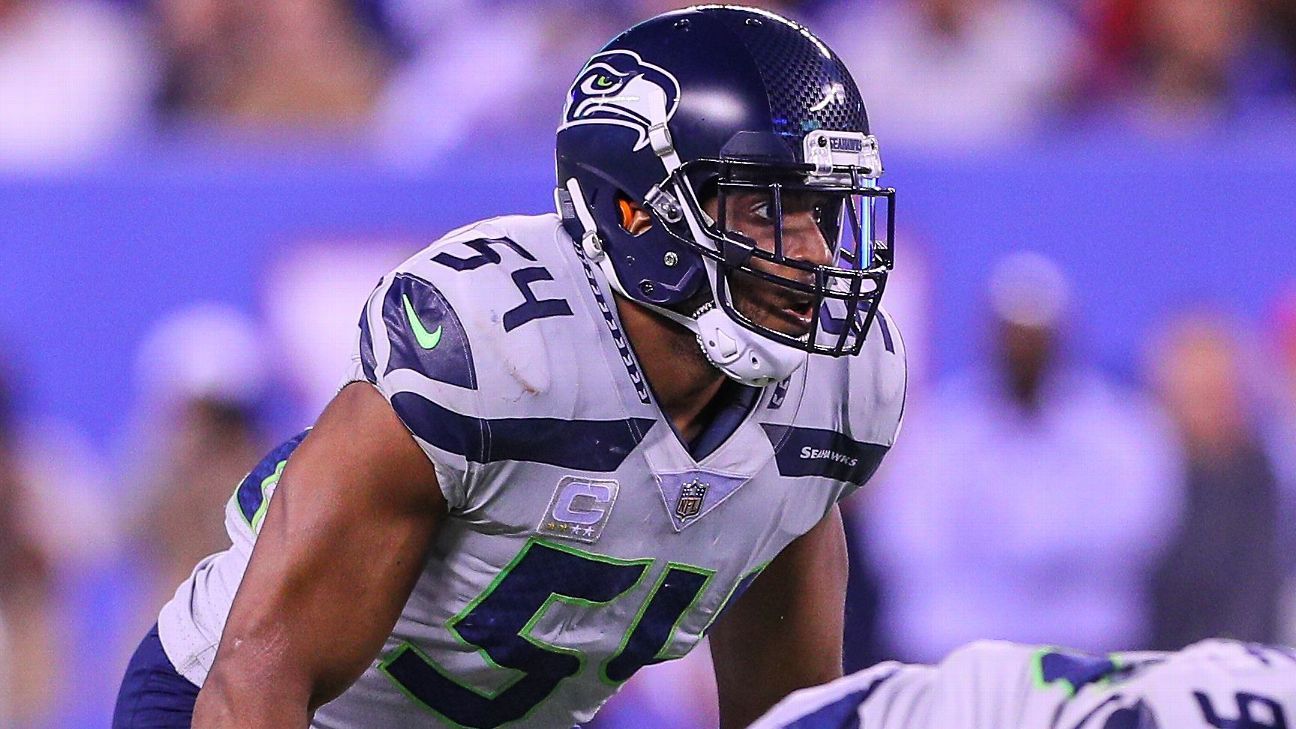 Bobby Wagner‘s latest moves are all part of a bigger plan to have a Magic Johnson-like impact on the business world.

Already a five-time All Pro as a linebacker for the Seattle Seahawks, Wagner, 30, is trying to match his on-field success as a founding member of Fuse Venture Partners, working alongside former Microsoft exec John Connors and former Amazon executive Satbir Khanuja.

The firm, announced this week, is in the early stages of venture capital fund investing out of Seattle, specializing in helping e-commerce companies thrive in the modern economy with software. Wagner is from Los Angeles, so it’s only fitting he’s following the blueprint of Johnson, whose enterprises are reportedly worth a billion dollars.

“If I can get to where that level’s at — or when I get to that level — and we start investing in things together, that would be amazing,” Wagner told ESPN in a phone interview this week.

Wagner has put his business acumen on display. Last year, he negotiated his own three-year, $54-million deal with $24.5 million guaranteed at signing. Even a handful of veteran NFL agents have privately praised the job that he did.

He made Forbes’ 30 Under 30 for several successful investments, including Denali Therapeutics and Andreessen Horowitz’s $500,000 minimum investment Cultural Leadership Fund, which includes contributions from Diddy and Shonda Rhimes.

What started as a modest goal upon entering the league in 2012 — don’t follow the pitfalls of NFL players who go broke shortly after their careers end due to unwise financial choices — turned into a full-blown passion.

A chance meeting at a Seahawks entrepreneurial seminar turned him onto Denali, which Wagner says performed very well. Lately he’s focused on technology — and how to set an example for young black entrepreneurs.

“There should be more representation of color in this space,” Wagner said. “It’s a great opportunity to get involved in a (technological) space where there aren’t a lot of people who look like me. As I grow and become successful, I’m able to bring some people with me.”

Wagner takes pride in balancing his day job with his side business ventures. On a typical work day in Seattle, Wagner will arrive to the Seahawks facility around 6:30 a.m. After workouts and meetings, he’ll head over to the Fuse offices for late-afternoon sessions. He’ll listen to investment pitches and plan the building of different companies with Fuse CEOs.

Wagner takes pride in setting a standard for NFL players, knowing he performed well when it was time to negotiate his own contract in 2019. He’s the game’s highest-paid inside linebacker.

“I really kind of hate the idea that players have to solely focus on their sport,” Wagner said. “I really believe they do — you have to be great at your sport. But a lot of guys, when they get done, they don’t know what to do and the narrative is ‘oh he should have figured it out before he left (the game)’. But when he tries to figure it out before he leaves, everybody’s like he’s not focused on his day job. You can’t have it both ways. …You can follow your passion and your play doesn’t have to fall off.”

In a recent ESPN project asking nearly 60 NFL personnel to rank the Top 10 players at each position, Wagner was voted the No. 1 linebacker (all inside linebackers and 4-3 outside linebackers) by a wide margin. He wants his business ventures to one day surpass that intensity on the field.

“If I can be a better business man than I am a football player, that would be pretty successful, because the bar is set pretty high,” Wagner said. “I just want to be someone that a football player can look at and say this guy dominated on the field and was able to transition and do just as well. I feel we need more of that.”