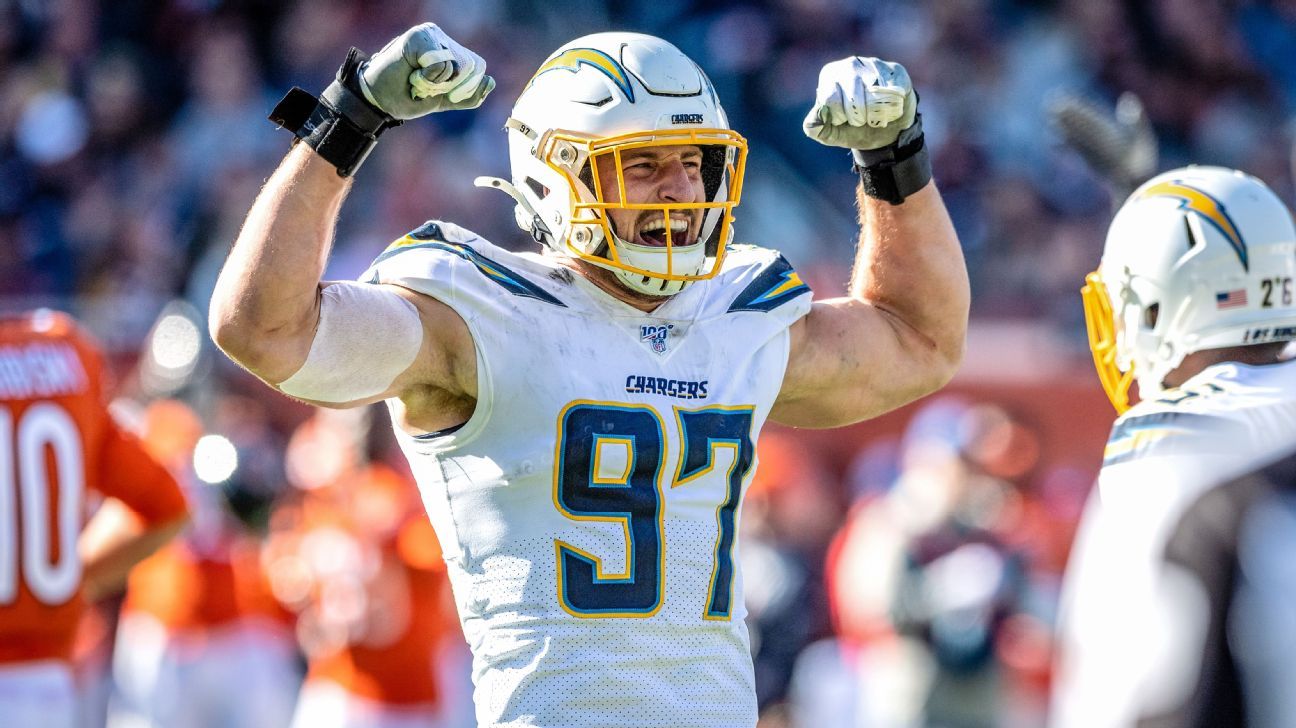 The Chargers and defensive end Joey Bosa reached agreement on a five-year, $135 million extension that will tie him to Los Angeles for the next six years, league sources told ESPN’s Adam Schefter on Tuesday.

Bosa’s deal includes $78 million fully guaranteed at signing and $102 million guaranteed, sources said, the most for a defensive player in NFL history.‬

The deal is the largest the Chargers have ever given out and is the first $100 million deal in franchise history, according to ESPN Stats & Information research.

Bosa, who reported to training camp Tuesday, is entering the final season of his rookie contract, for which he is scheduled to earn $14.4 million.

Chargers general manager Tom Telesco said Monday that even with the expected drop in the salary cap in 2021, the Chargers’ finances aligned with their plans regarding contracts. Telesco otherwise declined to comment on any contract situations.

A two-time Pro Bowl selection, Bosa was the No. 3 overall pick in 2016, and he won Defensive Rookie of the Year honors. He had 11.5 sacks last season, bringing his career total to 40, the second most through four seasons by a Chargers player since sacks became official in 1982, according to ESPN Stats & Info. research. (Leslie O’Neal had 42.5 through four seasons.)