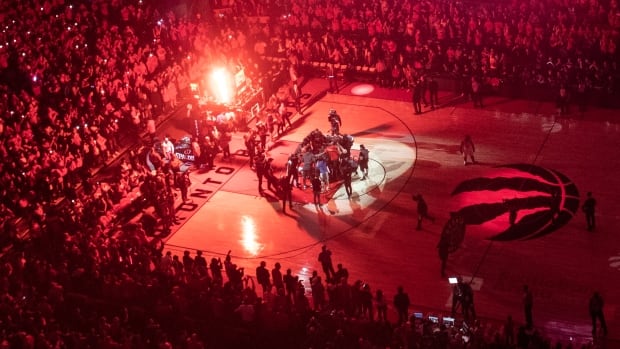 John Wiggins’ big fear was that when the NBA restart tipped off in Florida, the world would forget about George Floyd, Breonna Taylor and Ahmaud Arbery, and the conversation around racial injustice would fizzle out.

A big part of Wiggins’ new role as the Toronto Raptors vice-president of organizational culture and inclusion is to ensure that doesn’t happen.

“That’s bang on,” he said. “In fact, the first conversation we had coming out of the George Floyd incident, that’s where I first expressed my fear that the conversation was going to die.

“I kind of went off on a Zoom call and I said, ‘Look Masai [Raptors president Ujiri], my fear is that once basketball starts … people will turn their heads back to sports and hockey and everything else that’s going on.’ And just like every other time, whether we go back to Rodney King or we talk about Eric Garner or Trayvon Martin, [it will be] just like what has happened before.”

King was brutally beaten by police in 1991, Garner was killed by police in 2014, and Martin was fatally shot by a member of a neighbourhood watch group in 2012.

Floyd’s death on May 25 sparked an American uprising, and the NBA and Raptors have vowed to use basketball’s restart to amplify messages on social and racial justice.

No firm plans for anthem yet

The Raptors play their first of eight seeding-round games on Saturday against the Los Angeles Lakers in the NBA’s Walt Disney World bubble. Eighty-eight games between the 22 teams will be played over the next two weeks to determine playoff matchups.

The Black Lives Matters message is all over the NBA restart. It shares the court — literally — with the NBA logo, written in massive black block letters across the hardcourt. There’s been anticipation about what teams will do during the American anthem. Siakam said the Raptors’ have yet to firm up their plans.

In the WNBA, Seattle and New York players, including Canadian and Liberty guard Kia Nurse, walked off the court during the anthem ahead of Saturday’s season opener. They held a 26-second long moment of silence in honour of Taylor, who was 26 when she died. The Liberty used their starting lineup to honour her, listing all five players as: No. 26, Breonna Taylor.

The Raptors have been busy amplifying the message. They rolled up to Disney World in Black Lives Matters busses, and have practised in BLM shirts. Spearheaded by coach Nick Nurse, they’re urging and helping the 650,000 Americans living in Canada to register to vote in the Nov. 3rd U.S. election.

Recently, the Raptors have been sporting masks made by Toronto artist Nadia Lloyd. Nurse said the players loved the masks — a Black fist raised over the Toronto skyline — and enjoyed supporting a Black Toronto designer.

Lloyd’s business has been booming ever since, going from 10 orders a day to around 100.

The 45-year-old said it’s “fantastic” that the Raptors are keeping the conversation going.

“They have the platform to reach millions, and people admire them, and their fans want to mimic, listen to, and be inspired by these guys,” she said.

“And they’re from Toronto — where for some reason people think we don’t have racism in Toronto — and me being from Toronto and being a Black female artist, having experienced racism, it means the world to me that they’re wearing my design and it’s being talked about, and it’s giving my hopes and dreams a voice,” she added. “So my message can also reach the masses.”

Wiggins joins the Raptors from Raptors 905, where he helped launch Canada’s first G League franchise. He most recently held the title of vice-president and oversaw all day-to-day and business operations for the club. Raptors 905 won their first championship in 2017.

He feels fortunate to move from one job he loved to another.

“It’s interesting because I took the 905 G League job knowing I was a kid from Mississauga [where the 905s are based] who wanted to impact the community, create more opportunities for people, and we established that, it was unreal to see that, and I was calling that my dream job,” he said.

“When these issues started to present themselves with Breonna Taylor and George Floyd, and so many others, I said, ‘Gee, what can I do?’ And here I’m given a platform to do exactly that, maybe on the highest level with one of the strongest platforms across Canada in the Raptors and MLSE. I get to invoke it, I get to speak on the issue, and I get to help change lives. So, it actually is the next best step in terms of helping people, which is truly my passion.”

Wiggins’ role will include everything from internal team-building, external outreach initiatives, to diversity in hiring and even diversity and awareness in scouting practices.

“Are we looking at how we bring in players? Plus how inclusive are we, with players’ thoughts and feelings and how they’re able to express themselves, so that when something like the George Floyd issue takes place, do our players have a safe space to speak?” he said.

Ujiri has already been vocal about women in the workplace, and has nearly tripled the number of women in Toronto’s front office since he became GM.

Wiggins said a focus on Indigenous issues will be a part of his role.

Wiggins said he and Raptors assistant Jamaal Magloire have talked about how they can positively impact violence in Toronto. Magloire’s half-brother Justin Sheppard was gunned down in Toronto in 2001, a case that remains unsolved.

So if there was an actionable plan, he said, to “reduce killings and violence by X amount of percentage in Toronto, those are the things I really like to see.”

The visuals of players wearing the words “Black Lives Matter” are terrific. Boosting the business of a Black Toronto designer, getting people registered to vote, and helping reduce violence are measurable results. Wiggins used the example of LeBron James’ I Promise School the NBA superstar opened in his hometown of Akron, Ohio.

“My personal mantra has always been: If you ever want to show someone the effect that you had or the impact that you’ve made you need to be able to present them with something that is realistic and tangible,” Wiggins said. “That way, beyond words or impressions, they can actually see and feel the difference you made.”

The NBA’s restart will be watched by millions of people around the world, and both players and coaches are well aware of their platform. Siakam, who’s from Cameroon, said he didn’t experience racism until he moved to the U.S. in high school. He’s since studied Black history such as the Jim Crow laws on racial segregation to better be able to speak on the issues.

Players and coaches are regularly meeting in the Disney bubble to discuss initiatives, and Raptors forward Rondae Hollis-Jefferson vows the conversation will continue.

“We’re not letting things die down,” he said. “Sometimes you have a pretty big issue, and people just let it fade to the back of the bus. But that’s not the case. We’re not going to let this fade away. We’re going to keep pushing and keep marching forward until justice is served.”