In addition to leading his players on the field and in the classroom as training camp opens this week, the Pittsburgh Steelers’ head coach is also talking to his young players about the impact of their actions off the field during the COVID-19 pandemic.

“You message it thoughtfully,” Tomlin said in his first availability with media of camp. “You use catchphrases, and you guys know I like catchphrases. What you’re talking about is conduct detrimental. That’s a term that’s used often in our business and appropriately so. Because in this COVID environment, if you’re not exercising discretion and being thoughtful about how you move, that conduct is detrimental — to your cause, and to ours collectively. … It’s one fail, all fail in this environment. We’re going to continue to package the messaging that way and be very transparent. It is that. It is conduct detrimental to their efforts and ours.” 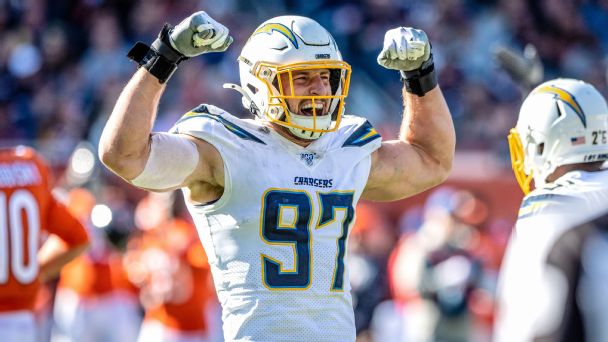 Rookies arrived in Pittsburgh last week, while the rest of the team began showing up for COVID-19 testing earlier this week. Though more than a dozen players around the league have announced their intentions to opt out of the season, Tomlin said he hasn’t spent much time anticipating potential opt-outs on his team.

“Those are very individual decisions and we are respectful of those,” he said. “We will just deal with them if and when they arise.”

In conversations with his players, Tomlin and his staff stressed the importance of making smart decisions away from the team — a message he frequently imparts to his players by telling them, “Don’t be ‘the guy.’”

“It’s not tough at all,” rookie receiver Chase Claypool said Thursday. “I think it’s pretty straightforward. They lay out the guidelines pretty clearly. All you have to do is follow them. It’s almost tough not to follow them.”

“For me, just off the field, I am not really someone that goes out,” the 2020 third-round pick said Tuesday. “I am a social guy, but I am not someone who is going to put myself in a bad position that would ruin my opportunity that I have right now. I have never been a guy who goes out to the bars and stuff like that. … I am not going to jeopardize this opportunity by going and putting myself and others at risk.”

Players who contract the coronavirus through high-risk activities could face team discipline and loss of a paycheck, according to a new protocol from the NFL, outlined in a memo sent by the NFLPA to agents over the weekend, a copy of which was obtained by ESPN.

The memo states: “Clubs/NFL can challenge designation as a football related injury if it can prove that the player contracted COVID-19 through engaging in high risk conduct below. (This issue remains open.)”

If the team wins the challenge, it could then put the player on the non-football injury list, giving it the option of not paying him.

According to the memo, the NFL defines high-risk conduct as attending:

“We’ve got to conduct ourselves accordingly,” Tomlin said. “There’s been a lot of work to position ourselves to be where we are right now.”