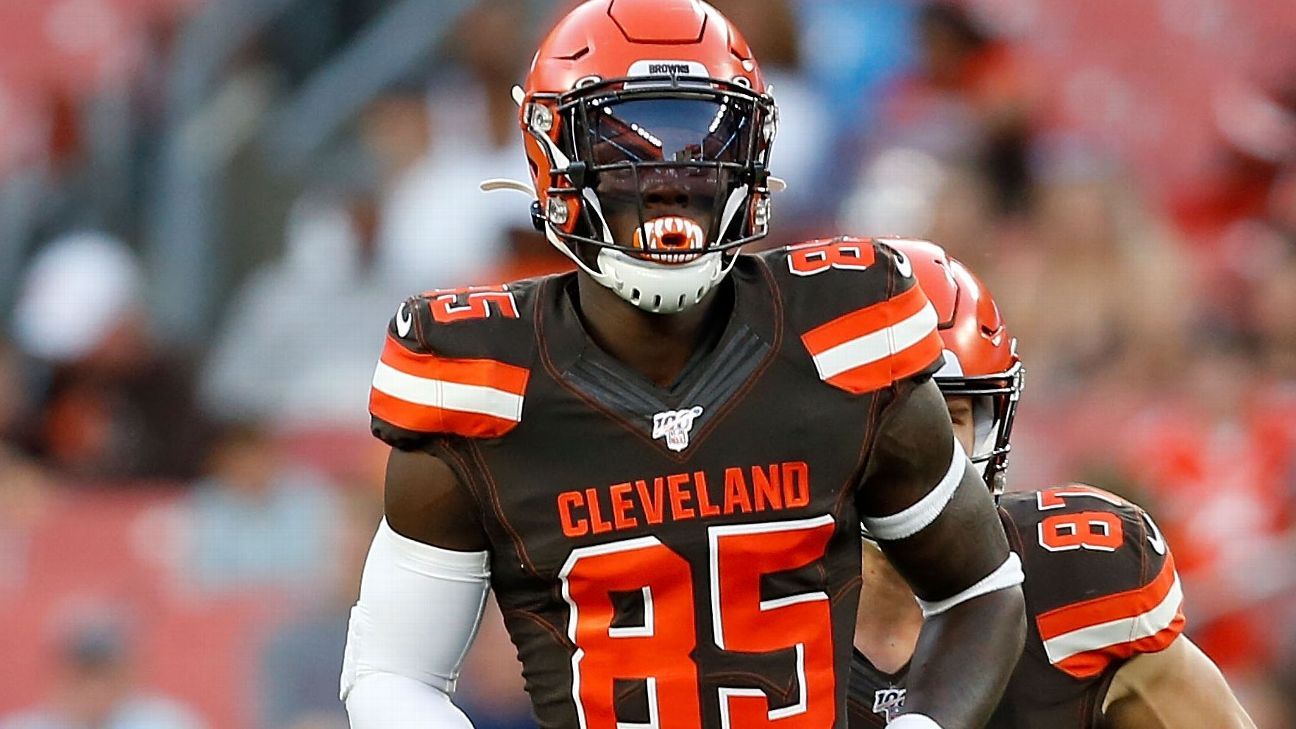 Browns tight end David Njoku tweeted Saturday that he’s “all in” with Cleveland after requesting a trade earlier this summer through his agent.

I’m all in Cleveland. Time to work.

A league source confirmed to ESPN that Njoku has rescinded his trade request, at least for now.

Njoku has had “some good meetings with the new Browns’ organization including GM Andrew Berry, and he has decided to give the team his full commitment right now and go from there,” his agent, Drew Rosenhaus, told ESPN’s Adam Schefter.

Last week, first-year Browns head coach Kevin Stefanski said that Njoku still remained in the team’s plans even after Rosenhaus told ESPN in June that it was “in David’s best interest to find a new team.”

Although the Browns signed tight end Austin Hooper in free agency, Stefanski used multiple tight ends 57% of the time last year as offensive coordinator for Minnesota, the highest rate of any offense in the league.

Njoku, a 2017 first-round pick out of Miami, broke his wrist and suffered a concussion in Week 2 last season. He played only two more games after that and finished the season with five receptions for 41 yards and only one touchdown.