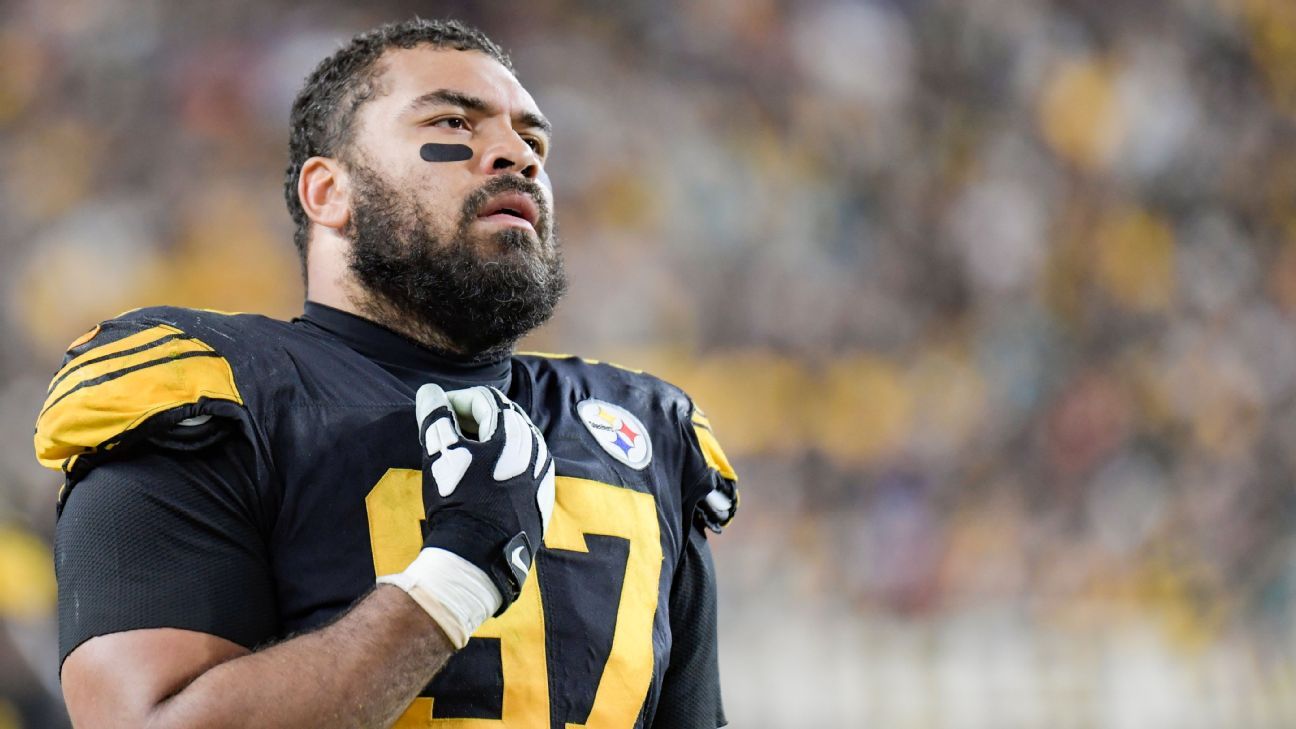 All-Pro defensive lineman Cam Heyward would like to retire as a Pittsburgh Steeler, but he is concerned that might not happen due to a lack of movement on a contract extension.

Heyward enters the final year of his deal, and there have been no substantive contract discussions between the Steelers’ front office and Heyward’s agent, Michael Perrett of Element Sports Group.

The sides have had broad discussions about Heyward’s future but in no particular terms.

“I thought we’d be further along in the process. In a normal year, we might be,” Perrett told ESPN. “The current situation [with the pandemic] has led to a lot of uncertainty, but NFL business is still moving forward. Cam would love to retire a Steeler, but at this point, he just doesn’t know how all of this is going to play out.”

Heyward has not considered holding out. As a team captain and a player rep, he doesn’t want to miss any time with his teammates. But he does hope the matter gets resolved, Perrett said.

While some teams have been reluctant to spend on veteran players during the pandemic, Chris Jones, Myles Garrett and Joey Bosa are among the defensive players who signed extensions in July worth more than $20 million per year. The Steelers traditionally don’t negotiate contracts once the regular season starts, so August will be a crucial month to potentially get something done.

For his career, Heyward has 354 tackles, 30 pass deflections, six forced fumbles and five fumble recoveries, and has played at least 15 games in eight of his nine NFL seasons. Heyward’s 29 sacks since 2017 ranks second behind Aaron Donald among interior linemen. Heyward is due $9.5 million in base salary in 2020, 16th among interior linemen, along with a $13.2 million cap hit.