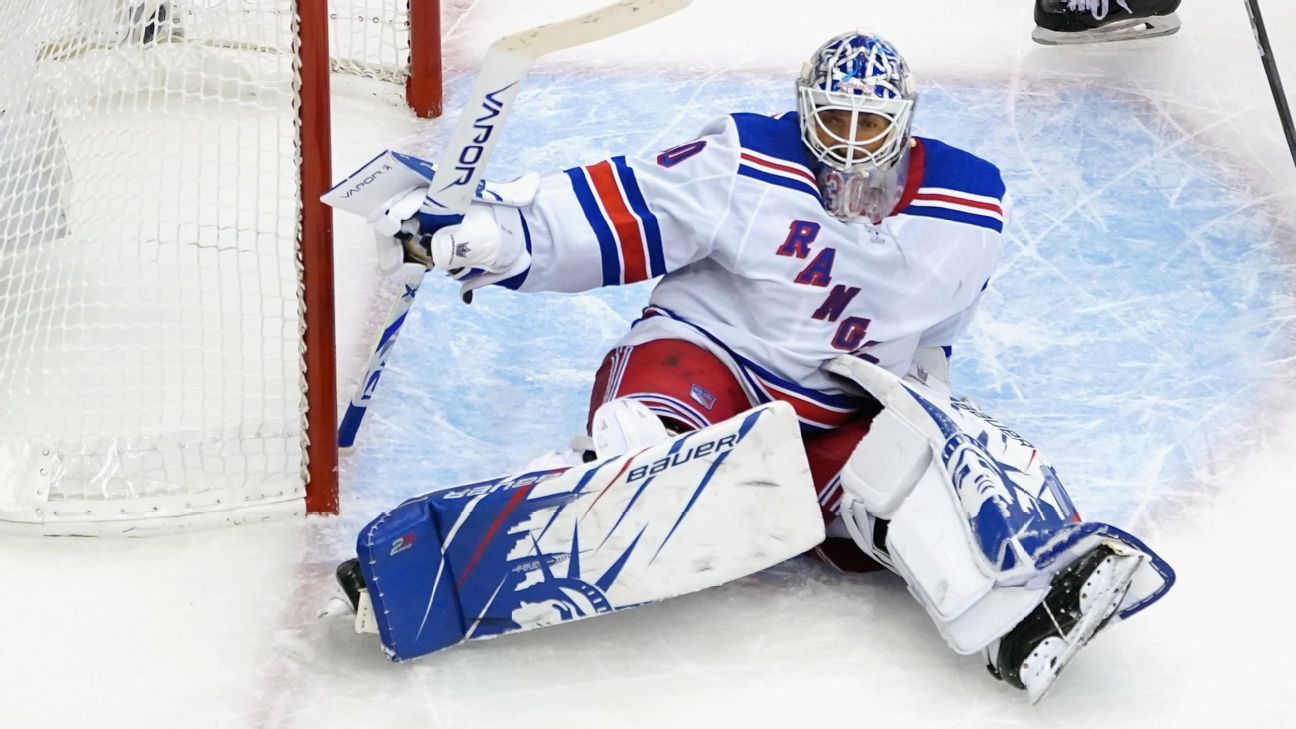 New York Rangers veteran goaltender Henrik Lundqvist surprisingly started in a 3-2 loss to the Carolina Hurricanes in Game 1 of their best-of-five qualifying-round series Saturday as rookie Igor Shesterkin was deemed “unfit to play.”

The move was a surprise announcement for the NHL’s first game back after a nearly five-month pause because of the coronavirus pandemic.

Shesterkin, 24, started in the Rangers’ lone exhibition game, though Lundqvist played the second half. Alexandar Georgiev served as the backup to Lundqvist during the loss to Carolina.

Lundqvist made 34 saves, but he allowed a goal to Jaccob Slavin one minute into the game, on the first shot he faced.

“I think I approached this camp to just be ready for anything, come well-prepared, work hard, whatever they ask me to do, I’ll be ready for,” Lundqvist said. “Obviously the plan was to play Igor and last night they told me I was going in.”

Rangers coach David Quinn did not disclose what Shesterkin was dealing with, adding that he found out Friday night that Shesterkin would be unavailable. The coach is not sure if Shesterkin can play in Game 2 on Monday.

“I just try to enjoy the moment, to be out there and play,” Lundqvist said after Saturday’s loss. “I approached this camp pretty open minded and just work hard and see what happens. I take every start as an opportunity to play the game, enjoy the game, and help the team.

“I’m just happy I got an opportunity to play. I enjoy being out there and being able to compete.”