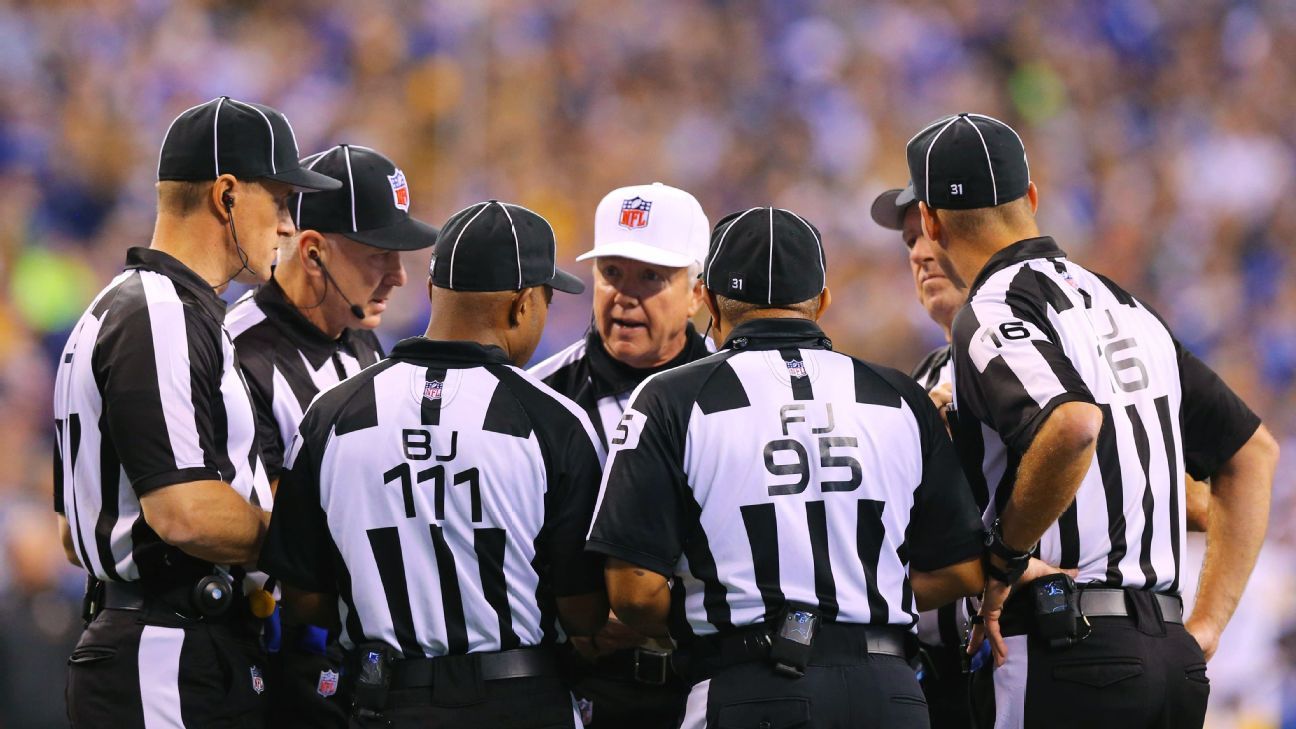 The NFL will form its officiating crews this season with an eye toward geography amid the coronavirus pandemic, in hopes that individual officials can drive to as many games as possible, a source said Friday.

Based on logistics and the uneven spread of officials around the country, some flights will be unavoidable, but both the league and the NFL Referees Association wanted to minimize long trips.

Negotiations between the sides on other changes for officials remain ongoing. ESPN previously reported that officials won’t make their usual visits to training camps, and they are being outfitted with masks and electronic whistles.

Other details to emerge include: