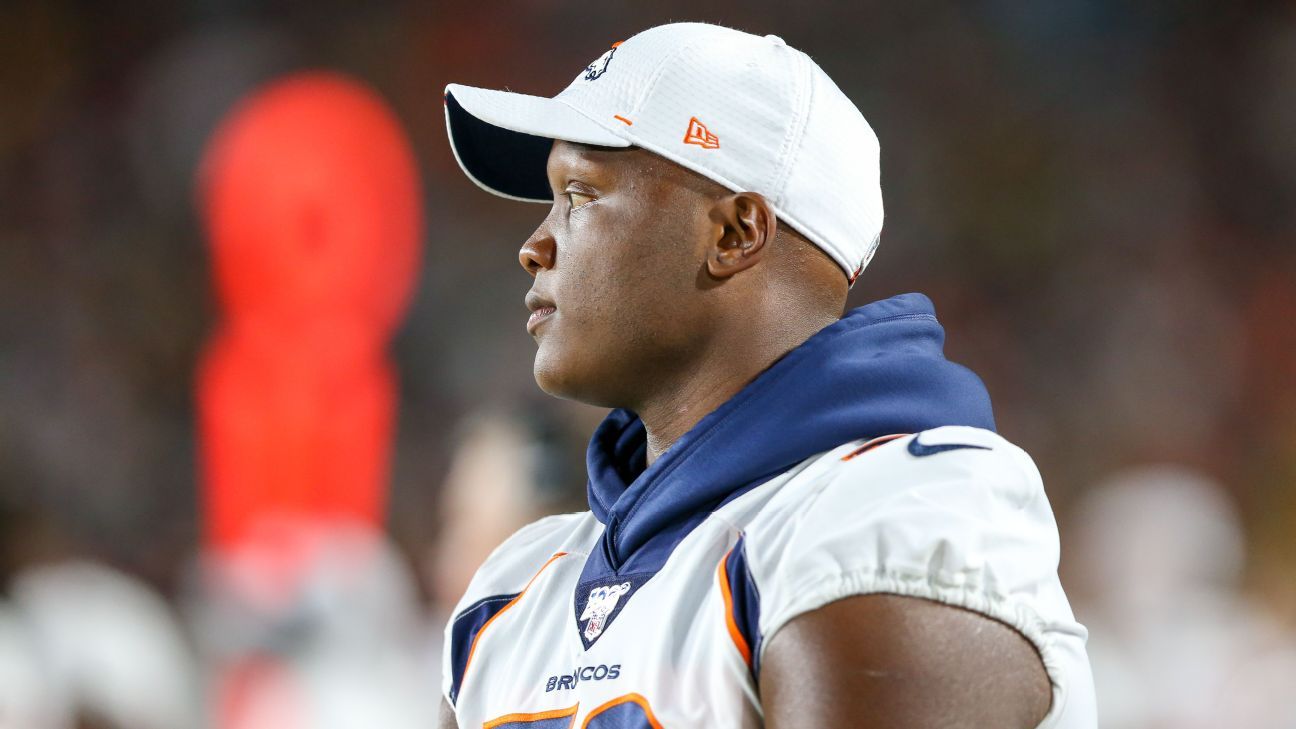 According to team sources, the Broncos were aware that James was considering the move in recent weeks. James is the second Broncos player — along with defensive tackle Kyle Peko — to opt out due to concerns related to the coronavirus pandemic.

James tweeted a statement Monday, saying it was “tough, but the right decision.” He cited “too much unknown about this virus & about plans handling it going forward.”

take care of you & yours pic.twitter.com/tgA5LwkrcM

Last week, Broncos president of football operations and general manager John Elway said he had heard “rumblings about a couple guys” in addition to Peko who would opt out of the season.

James played just 63 snaps last season because of knee troubles; he said late last season that he had torn the MCL in the season opener and aggravated the MCL and tore his meniscus seven weeks later. He was the centerpiece of the Broncos’ work in free agency in 2019, when he signed a four-year, $51 million contract that briefly made him the highest-paid right tackle in the league.

James’ contract is effectively now paused. He was scheduled to earn a $10 million base salary this season and count $13 million against the team’s salary cap.

Broncos president and CEO Joe Ellis said last week that he had spoken with several players earlier this offseason “in passing” about the mechanics of the opt-out. He said the Broncos would support a player’s decision not to play due to the player’s own health concerns or those of a family member.

“The opt-out option is a player’s choice and a player’s right, and we’ll respect that if a player decides to do that,” Ellis said. “That’s absolutely, 100% their right, inherently. I’ve got no objection to that at all and would be supportive of that, if that’s what somebody wants to do.”

The Broncos have to address the offensive line as they move through the early conditioning phase of training camp. Elijah Wilkinson, who started 12 games in James’ place last season, is coming off foot surgery and has opened camp on the physically unable to perform list as he recovers.

Broncos coach Vic Fangio had said Wilkinson was slated to compete with Garett Bolles for the starting left tackle job.