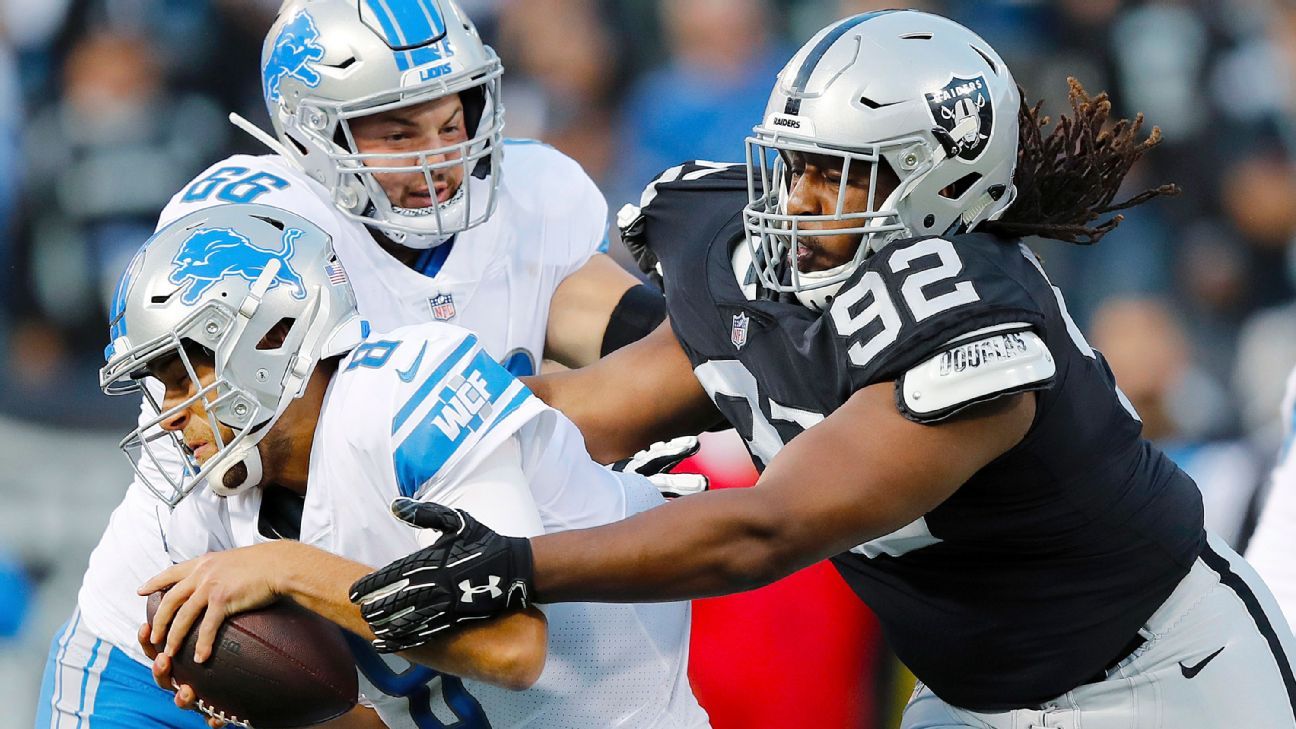 The Las Vegas Raiders are cutting defensive lineman P.J. Hall two years after they chose him in the second round of the 2018 NFL draft, a source confirmed to ESPN.

He was a two-time FCS All-American at Sam Houston State before being chosen No. 57 overall in 2018 by the Raiders.