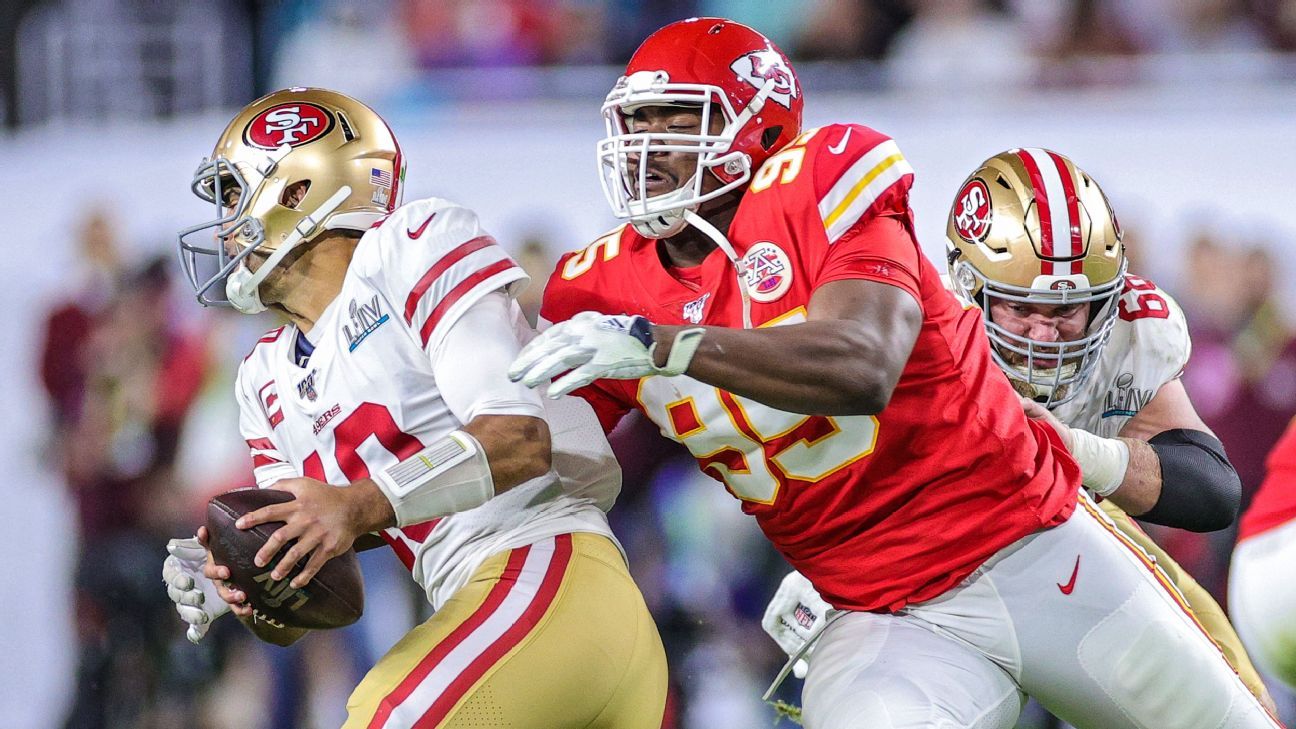 After the Niners’ fourth-quarter implosion against the Kansas City Chiefs in the Super Bowl, Garoppolo became a target based on his struggles down the stretch as San Francisco coughed up a 10-point lead in the final 10 minutes. That spurred speculation that the 49ers might be interested in Tom Brady, the six-time Super Bowl champion quarterback who happens to be from nearby San Mateo.

While the Niners never pursued Brady, they did have brief internal conversations about making that move, something general manager John Lynch has previously acknowledged.

Garoppolo said Tuesday that he was unfazed by the rumor mill.

“When all that was going on, you hear about it and things like that,” Garoppolo said. “But I really wasn’t too worried. I’m always confident in my play. I know what I put out there (last) season and everything like that. It’s all about being confident. It’s just part of the business. I’ve seen both sides of it so I’ve been there.”

Instead of worrying about being replaced, Garoppolo said he spent the most unique of offseasons evaluating his own play from last season and embracing the opportunity to go through an offseason with two healthy knees rather than rehabilitating.

Garoppolo installed a home gym, where he was able to continue working out, and entered this year’s training camp feeling much healthier than he did a year ago.

“It’s definitely night and day compared to where it was last year at this time,” Garoppolo said. “This time last year it was more so getting back into being in a live pocket, having live bullets flying around me and getting used to that, so we’re past that. I haven’t really thought about it in a long time… I think my knee is able to do whatever it needs to do at this point.”

Coming off that knee injury, Garoppolo was able to start all 16 games for the first time in his career in 2019. He threw for 3,978 yards, fourth most in Niners history, and completed 69.1% of his passes, which ranked fifth in the NFL. His 102.0 passer rating ranked eighth. He was also the only quarterback in the league to finish in the top five of the league in completion percentage, yards per attempt and passing touchdowns.

But Garoppolo also struggled with turnovers, throwing 13 interceptions in the regular season and three more in as many postseason games. In the fourth quarter of the Super Bowl, Garoppolo went 3-of-11 for 36 yards with an interception and overthrew receiver Emmanuel Sanders for a potential game-winning touchdown in the closing moments.

All of that has made Garoppolo somewhat polarizing in the eyes of league observers. But Garoppolo, who turns 29 in October, believes as coach Kyle Shanahan does that he had a productive 2019 season and that his best football is still in front of him.

“I think having my first full season under my belt, coming off the ACL and everything like that, everything that went into that season, it’ll only help me going forward,” Garoppolo said. “So, I think in terms of being a quarterback, I still have a long way to go. I’m still relatively young for a quarterback in terms of playing time. I think as a quarterback, you got to get out there, play, get live action like that. I think having a full season under my belt will help me going forward.”