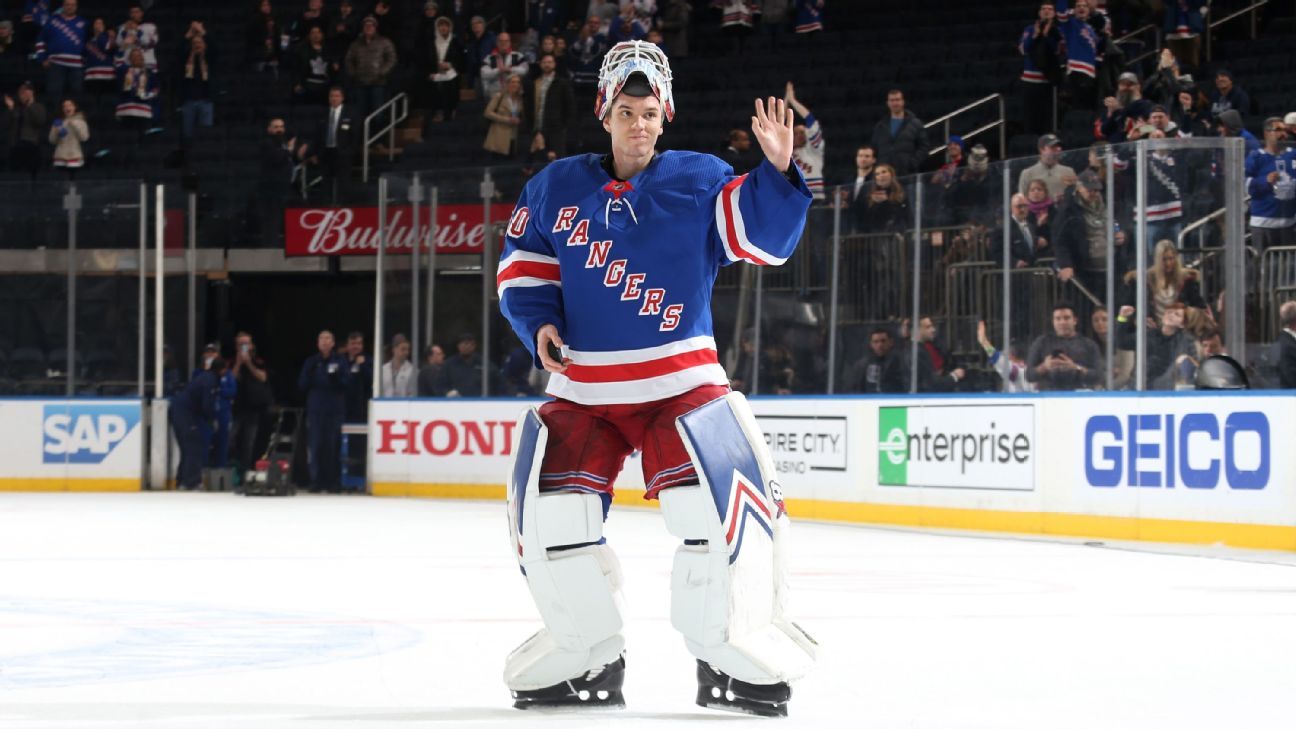 “I follow the world news daily and obviously the U.S. a lot,” Georgiev said. “And a big theme all over the world was what was going on in the U.S. and the racial issues that were coming up.”

While playing for the Rangers the past three years, Georgiev became an adopted New Yorker. He found it strange to watch the unrest from afar.

“It felt like a different world,” he said. “But also, I really understood what the people’s message was: that everyone should be treated with equality and that racism has no place in society. And the peaceful protests really resonated with me.”

As Georgiev began learning more about deep-rooted injustices in the country, as well as the institutional and blatant racism that still exist, he became upset. Then he decided to do something about it.

In hockey, goalies are able to show off individuality with their gear.

“A goalie mask is like a painting canvas that you can put your personality or voice in. It’s a really visible way to show a message,” Georgiev said. “With what was happening in the U.S., it was obvious that it’s not enough to have the right values. Sometimes you have to speak up and support those right values.”

“We learned about [King] in school, obviously, as we learned the history of the world,” he said.

As an adult, Georgiev wanted to double back. He searched the internet for videos of MLK’s speeches and watched them on repeat.

“When I listened to his message again, it was really powerful,” Georgiev said. “And so relevant 50 years later.”

Meanwhile, Georgiev contacted the Rangers and asked if they would help him. The team suggested that he auction off the mask and helped select three relevant New York City charities.

Georgiev was born in Bulgaria, making him the NHL’s first Bulgarian-born player, though he was raised mostly in Russia and competes for Russian national teams in international events. He began his professional career in Finland’s Liiga and signed with the Rangers as an undrafted free agent in 2017 after a standout performance in development camp.

The pending restricted free agent, who started 32 games this season, is part of the Rangers’ three-goalie carousel, and he might start in a pivotal Game 3 of the qualification round if countryman Igor Shesterkin is still “unfit to play.” (The Rangers trail the Hurricanes 0-2 in the best-of-5 series, with Henrik Lundqvist having started Games 1 and 2).

“I lived in Moscow most of my life, and it’s pretty much only Russians there,” Georgiev said. “I lived in Finland for a bit, and that’s where I spend my summers, and most of the people are Finnish. But when I came to New York, it’s completely different. If you walk down Broadway, you hear people talking on the phone in all different languages, people of all races, all nationalities, and it felt like it was home for everybody.”