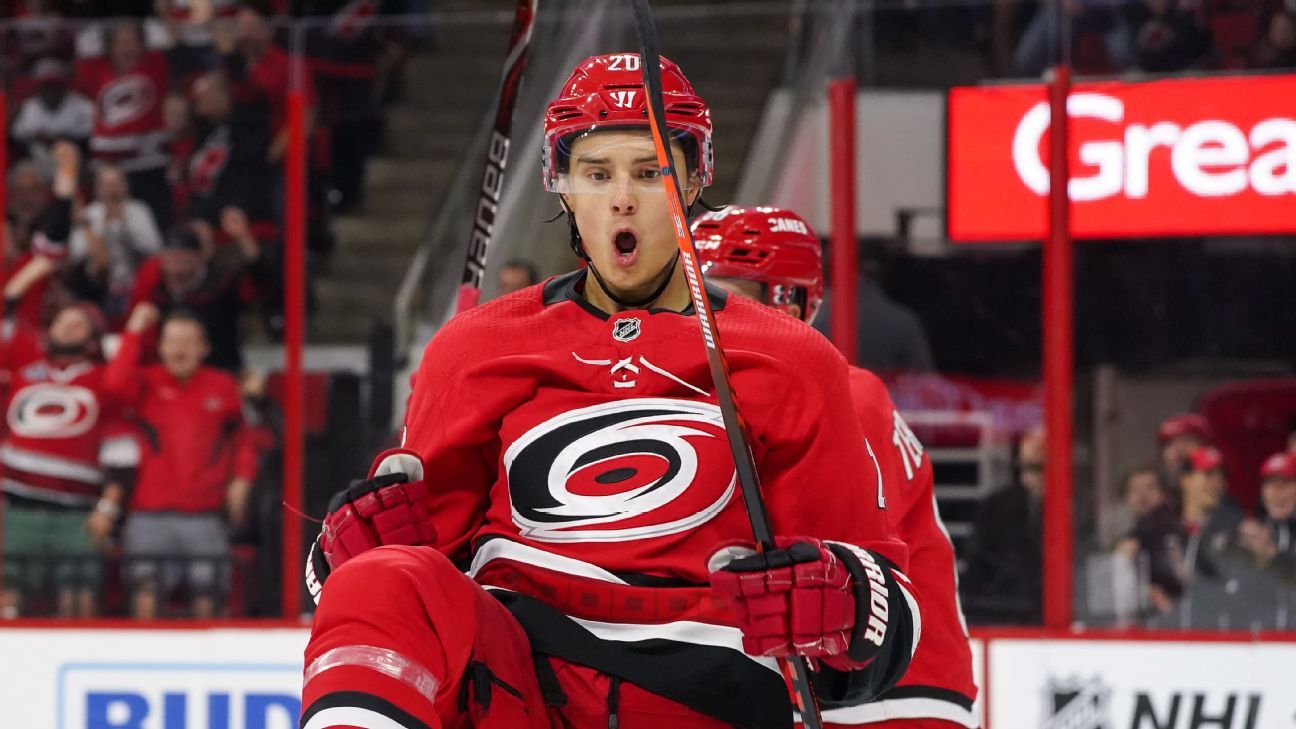 Sebastian Aho had two goals, and James Reimer won in his restart debut as the Carolina Hurricanes defeated the New York Rangers 4-1 in Game 3 of their qualifier series in Toronto to become the first team to advance out of this round.

Teuvo Teravainen and Warren Foegele also scored for the Hurricanes, who were unfazed with New York’s goaltender change.

After defeating Henrik Lundqvist in the first two games, Carolina fired 30 shots at Igor Shesterkin in completing an especially sweet sweep of a Rangers team that had defeated Carolina four times in the regular season.

“I felt like I worked really hard after the season was paused and I knew if the season would continue I would be in good shape,” said Aho, who had three goals in the series. “I feel good right now.”

As the hockey world continues to acclimate itself to the new normal, coaches from both sides knocked elbows at the benches after the game, and the players — lined up on the traditional, center-ice, handshake line — bumped fists with gloves still on.

Reimer, getting the start ahead of Petr Mrazek on the back end of back-to-back games — finished with 37 saves in a building he used to call home while with the Toronto Maple Leafs.

The Hurricanes outscored the Rangers 11-4 en route to the sweep.