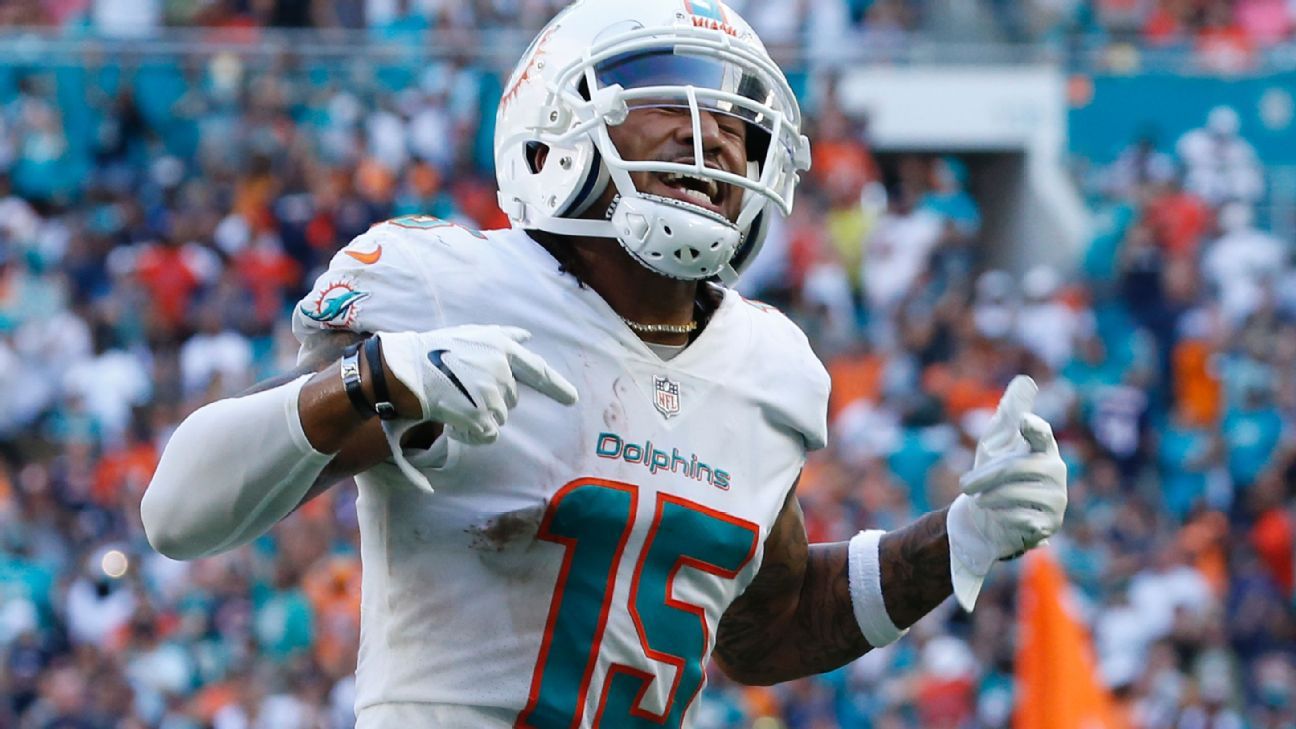 Miami Dolphins receiver Albert Wilson became the latest notable player to opt out of the 2020 NFL season due to coronavirus concerns.

“I’ve decided to opt out this 2020 season,” he announced Wednesday on Twitter. “It was a very tough choice but since the day I started playing the game it’s always been Faith Family Football. Because of this crazy time, I choose to put my family in the best situation I see fit. I will stand by my teammates & brothers to support them 100% throughout this season and will be counting the days until I can join them again.”

Wilson becomes the second Dolphins player to opt out in as many days, joining fellow receiver Allen Hurns. More than 50 players across the league have opted out thus far.

The Dolphins took a hit in receiver depth with Wilson and Hurns opting outs. It was one of the team’s deepest positions, but now Miami is down two players who were likely to make the roster and contribute to a new-look offense. DeVante Parker is now the only Dolphins receiver with more than 1,000 receiving yards during his career.

The pressure is on Parker, Preston Williams and Jakeem Grant to carry the bulk of the receiving load. Running back Matt Breida might also see an uptick in action as a receiver. Players from a group of bubble receivers — Isaiah Ford, Gary Jennings, Mack Hollins, Kirk Merritt and Matt Cole — now have a path to make the roster.

The Dolphins could also look to add a veteran receiver in free agency.

Wilson, 28, had 43 catches for 351 yards and one touchdown last season as he battled through various injuries.

Wilson restructured his 2020 contract in May, taking less money to return. That deal, along with his $5.2 million cap hit, will toll until the 2021 season.

The deadline for players to opt out of the 2020 season is 4 p.m. ET Thursday.