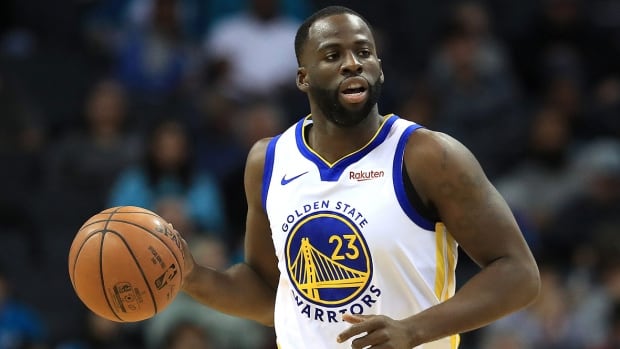 The league fined Green $50,000 US on Sunday for violating the league’s anti-tampering rule with his comments about Booker, the Phoenix Suns’ star guard.

Asked on-air if he was tampering, Green replied, “maybe.”

The league tightened its rules before this season when it comes to matters such as tampering, salary cap circumvention and free agency timing rules — with one emphasis being the rule prohibiting player-to-player tampering.

Booker has not been to the playoffs with the Suns, who have not made the post-season in 10 years. The Suns are 5-0 so far inside the so-called bubble at Walt Disney World, which is playing host to the NBA’s restart, and that streak has moved Phoenix into playoff contention.