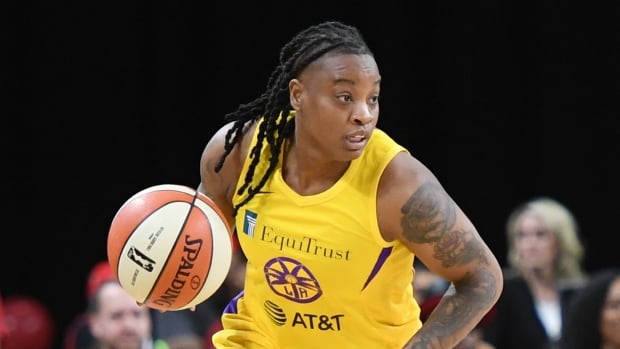 Riquna Williams scored 21 points and led five Los Angeles Sparks players in double digits in a 97-81 win over the Minnesota Lynx on Sunday.

Candace Parker scored 11, grabbed 10 rebounds and distributed nine assists in the win. Parker entered the game with four straight double-doubles and is averaging a double-double in points and rebounds this year.

Seimone Augustus scored 13 for Los Angeles (4-3) in her first game against her former team where she spent 13 seasons. Sydney Wiese scored 15 points and Chelsea Gray 10.

Collier made a pair of free throws to give Minnesota its first lead at 56-55 with 4:22 left in the third quarter. After an exchange of baskets, Williams made a basket and a 3-pointer for a 64-61 lead and the Sparks never trailed again.

Bridget Carleton put up 15 points in a 97-81 loss for the Minnesota Lynx against the Los Angeles Sparks. 1:08