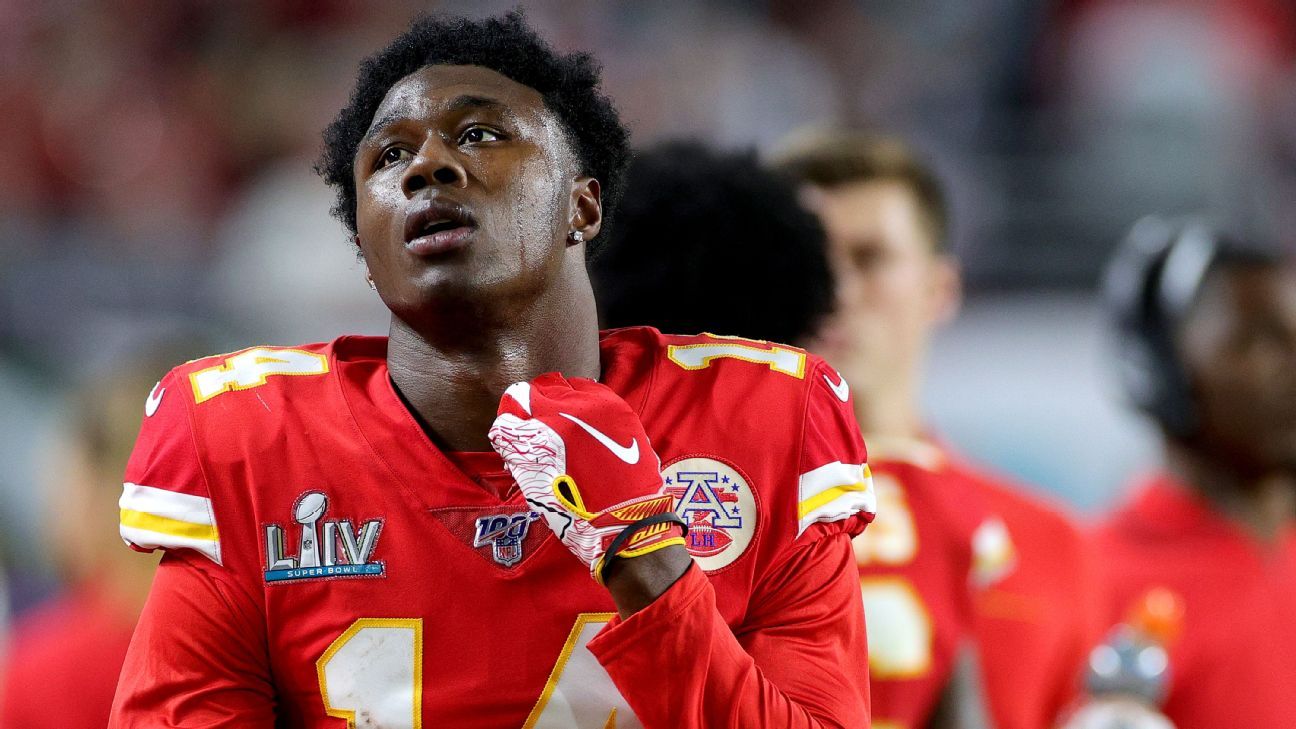 “Very important to stay,” said Watkins, the wide receiver who could have forced his way out of the final year of his contract by refusing to accept a reduced salary. “For what we did in winning the Super Bowl and the type of team and coaches we have, the organization, why wouldn’t I stay? I’m a guy that’s been in the league going on seven years, and I’ve been on teams that were not so good and were not winning.

Watkins agreed to a restructured deal that will pay him $9 million, down from an original $14 million.

“I think I’ve made enough money,” Watkins said. “I’d love more money, but as far as being smart and [staying] on this team, knowing you’ve got to pay Pat [Mahomes], you’ve got to pay Chris [Jones], there’s a lot of guys you’ve got to pay. So for me to take a contract like I did was a blessing. … This is my happy place, so why not take a smaller contract and come out and play with the guys I’ve been playing with?”

Watkins has been the Chiefs’ third-leading receiver in each of his two seasons in Kansas City behind Travis Kelce and Tyreek Hill. He had said he was willing to accept such a role as long as the Chiefs were winning.

But he seemed to indicate during the offseason that his attitude had changed when he told Bleacher Report that he would turn things into “World War III” if he didn’t get the ball more this season.

“I’m past that. … I just really want to get back to football,” he said. “Every receiver, any player wants to go out there and do well and score touchdowns or catch as many balls as you possibly can and get the yards. I want those type of things.

“But that’s not my focus. My focus is getting the win and going out there and having fun. The focus is on trying to win games. If we can win games and the Super Bowl and I can get 1,000 yards, then that would be great. You’ve got to be realistic with yourself and say that we have arguably seven superstars on one offense.”

Watkins’ final catch of the 2019 season was his most significant since joining the Chiefs. He beat Richard Sherman for a 38-yard gain in the fourth quarter to set up the go-ahead touchdown in Kansas City’s Super Bowl LIV win over the San Francisco 49ers.

“No. 1,” Watkins said when asked where that catch ranked in his career. “Just the stage and the timing of that [catch] and to do it [against] one of the top 10 corners, a Hall of Famer. That’s definitely one for the memory bank.

“I always take that with me.”