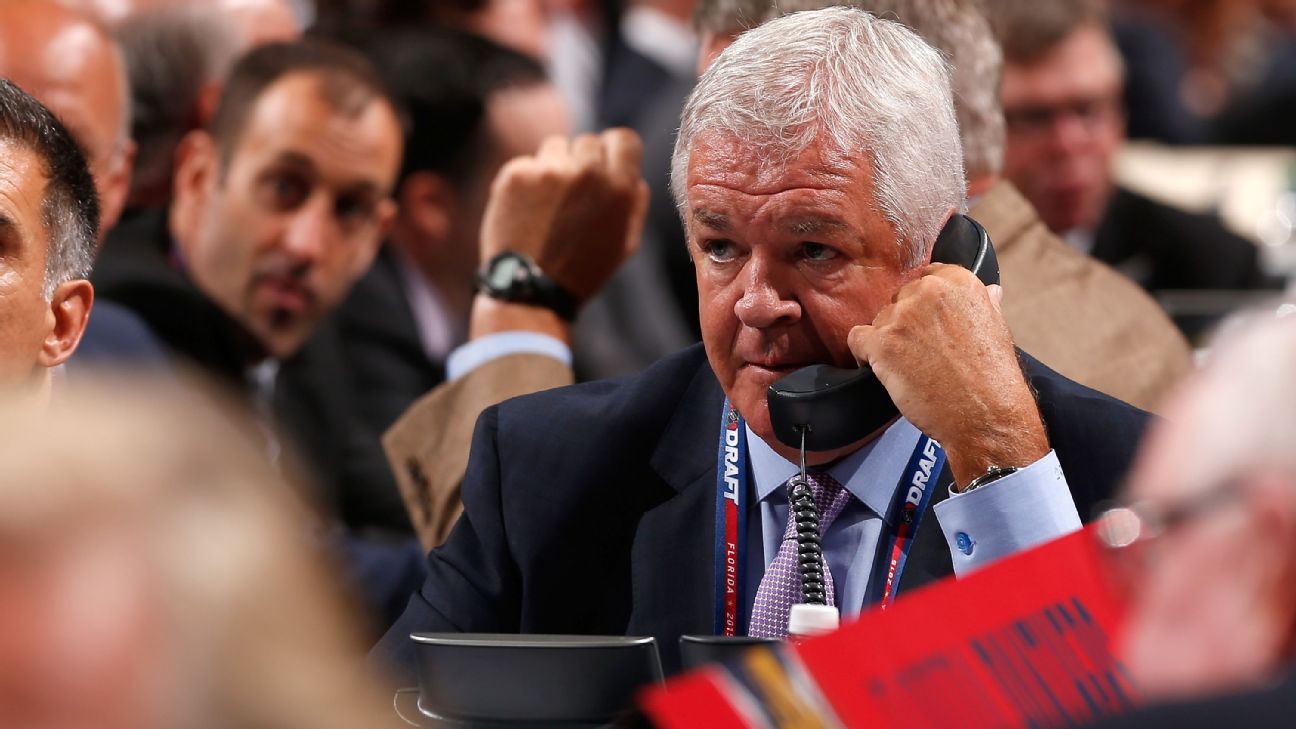 Tallon’s contract as president of hockey operations and general manager expired July 1, and was extended by Panthers owner Vincent Viola to get through the remainder of a season that was stretched out by the coronavirus pandemic. The Panthers were eliminated from the playoffs Friday, falling to the New York Islanders in four games.

It’s believed that the Panthers will look outside the organization for a new GM. Senior vice president of hockey operations and assistant general manager Eric Joyce will likely continue to oversee the team’s AHL club.

Tallon had been with Florida since May 17, 2010, coming in at a time when the Panthers were 10 years removed from what had been their most recent playoff appearance. They went to the postseason three times in the decade that Tallon spent with the club, though still haven’t won a playoff series since the franchise’s lone run to the Stanley Cup Final in 1996.

Tallon had successes, such as drafting Jonathan Huberdeau, Aleksander Barkov and Aaron Ekblad — now cornerstones of the team. He brought Luongo back to Florida in a trade, swung a deal in 2015 that added Jaromir Jagr, assembled the 2015-16 roster that set team records for wins (47) and points (103), and last year was instrumental in the talks that lured his close friend Joel Quenneville to take over as coach of the Panthers.