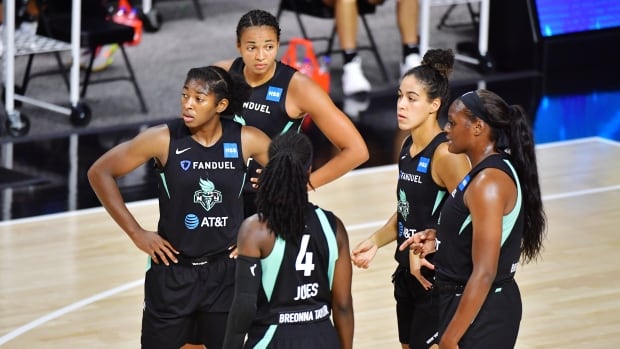 A’ja Wilson scored 31 points and her short shot with seven seconds lifted the Las Vegas Aces past the New York Liberty 78-76 on Sunday.

Kia Nurse missed a jump shot after, and out of a timeout following an offensive rebound, the Liberty turned it over to end the game.

Wilson’s game winner was only the second lead for Las Vegas the entire game. Jackie Young’s layup with 7:29 before halftime put Las Vegas up 30-28. Kiah Stokes’ layup with 3:34 left in the third quarter put New York up 56-46 before Las Vegas (5-2) went on a 12-5 run to close the quarter.