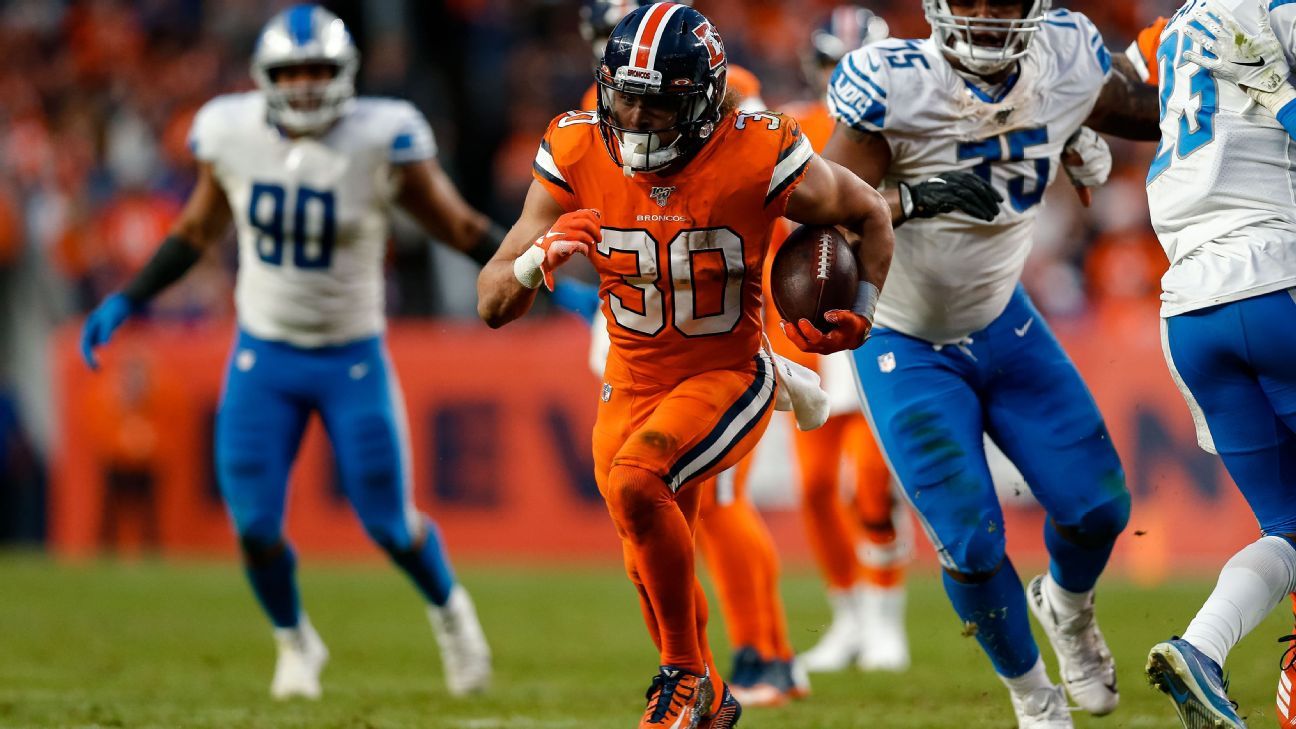 ENGLEWOOD, Colo. — Denver Broncos running back Phillip Lindsay said Tuesday that he didn’t need Melvin Gordon‘s arrival to get him focused on the season, and he still sees his own big-play potential in the team’s offense.

After initially indicating they might look at doing a new deal for Lindsay, a (Denver) South High School graduate who has topped 1,000 yards rushing in each of the past two seasons, the Broncos instead signed Gordon to a two-year, $16 million deal in free agency.

And just how the team will split the workload between the two backs has fueled plenty of offseason discussion among the team’s faithful.

“I don’t need another man to fuel my fire,” Lindsay said. “I know what I want for my family and that’s what fuels me. For me, honestly, nothing changes. I go out there and I produce when my number is called. I make big plays like I always have, and I go from there.”

Lindsay became the first undrafted offensive player in league history to make the Pro Bowl as a rookie in 2018 (1,037 yards rushing) and followed that up with 1,011 yards rushing last season. He has led the team in carries both of those seasons — 192 and 224, respectively.

But the Broncos have said they also now see a significant role in the offense for Gordon.

“At the end of the day, there are only so many runs and passes you can do,” Lindsay said. “It’s about executing. It’s about being patient. It’s about developing a relationship with your linemen. For me, I don’t worry about that. I know what I’m going to do. I know I’m going to have explosive plays because that’s just who I am.”

Lindsay said he’s added 10 pounds this offseason — he was listed at 190 pounds last season — and has spent much of his time on his route-running and being consistent catching the ball as a receiver out of the backfield. Broncos offensive coordinator Pat Shurmur has emphasized the importance of the running backs in the passing game, and Gordon has had more impact there previously in his career.

“Pass-catching-wise, I feel really good,” Lindsay said. “I feel like I’m back to myself. The year before [2019 training camp], I came off my wrist injury and it was tougher than I thought. I thought the wrist injury wouldn’t be as bad as it was. It was, but this year I feel good. I feel good, and at the end of the day I’m going to catch every ball that comes my way.”

“The fact that we have two running backs now that can be very explosive with the ball in their hands, whether you throw it or run it, I think is a good thing,” Shurmur said earlier this offseason. “I really do think you need more than one running back. … We’re going to try to utilize both … and try to utilize their skills.”

On how the two backs will fit in the offense, Gordon has said: “We can be a great one-two punch.”

When asked Tuesday how they would work in the offense, Lindsay said: “I wish I could let you know and tell you now. I don’t know. At the end of the day, that’s not my job to sit there and put me or Melvin in the game. That’s their job. If they don’t want to have one of their game-changers and playmakers in the game, that’s on them. I don’t get paid to sit there and call the plays. That’s not my job.

“My job is when I get the ball and when I’m in the game to make an explosive play. That’s how I think about it. For me, I’ve never needed 15, 25, a bunch of carries. I just need to get a couple of carries that fit me and I’m explosive with. That’s what I’m going to continue to do.”