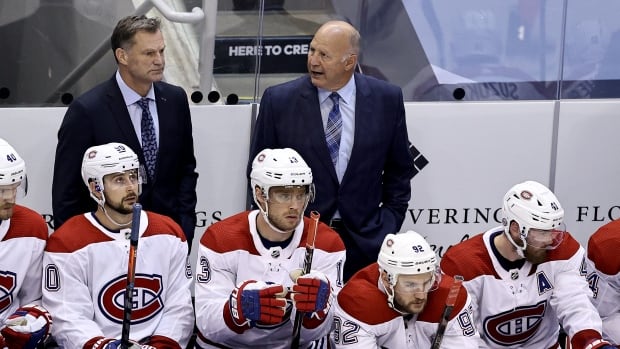 The team announced Friday that Julien will rest at home after stenting of a coronary artery at St. Michael’s Hospital in Toronto Thursday afternoon. Doctors expect a full recovery.

A native of Blind River, Ont., Julien has been an NHL head coach since 2002 when he began his first run as coach of the Canadiens. Julien guided the Boston Bruins to the Stanley Cup in 2011. He returned to coach Montreal midway through the 2016-17 season.

General manager Marc Bergevin said associate coach Kirk Muller will serve as interim head coach for the remainder of the best-of-seven series while Julien is sidelined.

The Canadiens, the lowest-seeded team in the NHL’s post-season, upset the Pittsburgh Penguins in four games in the qualifying round.

Montreal Canadiens GM Marc Bergevin released a statement on the status of head coach Claude Julien after being taken to the hospital with chest pain. 0:51

“Coach Julien would like to convey his most sincere thanks to everyone at St. Michael’s Hospital for the wonderful care he received during his stay,” read the team statement. “He also wishes to personally and sincerely thank everyone who has sent their well wishes during this time.”