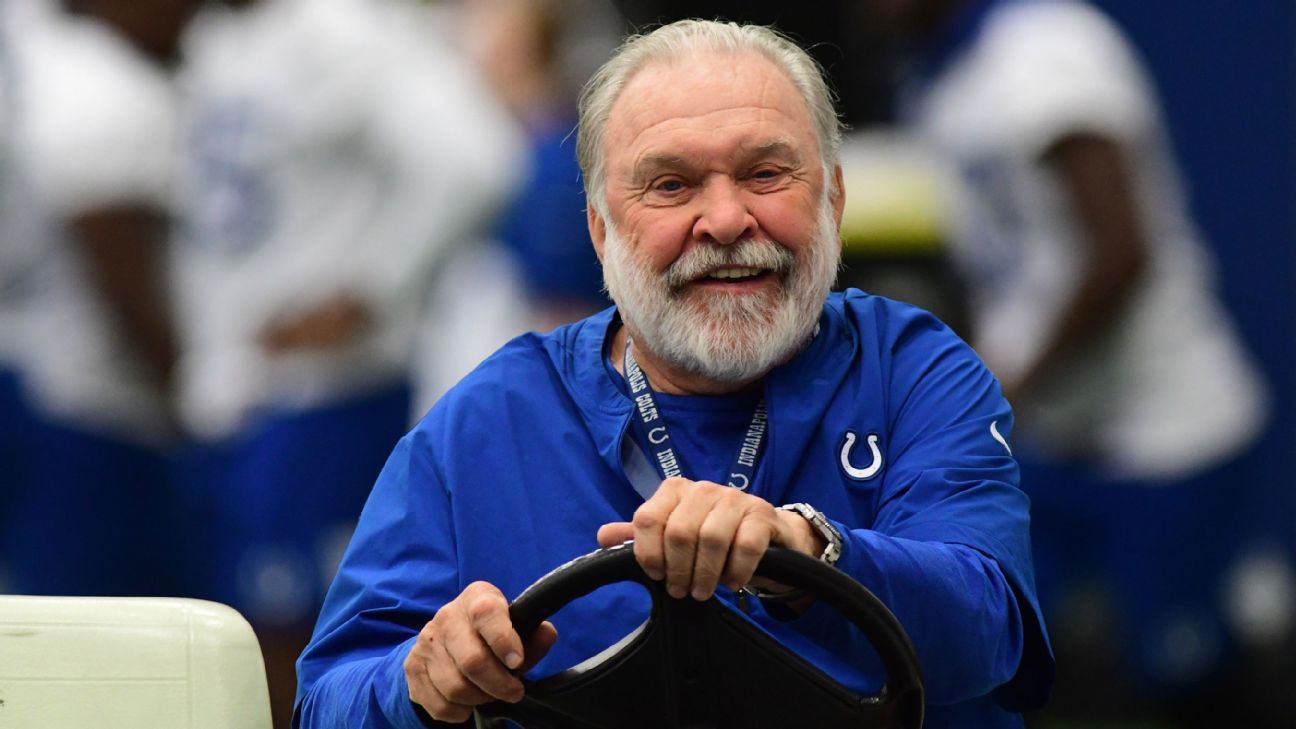 INDIANAPOLIS — Howard Mudd, the longtime offensive line coach of the Colts, has died, his family announced Wednesday. He was 78.

Mudd spent two weeks in ICU in a Seattle hospital with several injuries, including a fractured spine and pelvis, following a motorcycle accident on July 29.

“Right after the accident he fought so hard against all odds to communicate to us that he loves us and that he knows we love him,” Mudd’s family said in a statement provided to Fox59 in Indianapolis. “[Tuesday], it became clear that he was ready and that we needed to surround him with love and fight for his right to comfort and peace. [Wednesday] morning he was surrounded in the room by his sons [Darren and Adam] who held his arms and prayed over him as he passed away. “Howard deeply loved and enjoyed his many friends and family. Please honor Howard today and every day by sharing a belly laugh with a loved one, or telling a stupid joke, or calling up a friend to tell them you are thinking of them.”

Rest in peace, Howard Mudd. Howard was a GREAT player during a shortened career and then became one of the game’s all-time greatest offensive line coaches. He contributed to many different teams over 47 years in our league—but he will always be a Colt. #LoveYouHoward

Mudd began what ended up being an NFL career that spanned nearly 50 years when he was selected by the San Francisco 49ers in the ninth round out of Michigan State in 1964. He played with the 49ers until 1969 when he played his final two seasons with the Chicago Bears. Mudd was named to the Pro Bowl three times, two All-Pro teams and the 1960s All-Decade team.

Mudd started his coaching career as the offensive line coach at the University of California in 1972. He then transitioned to the NFL, where he coached with the Colts (twice), San Diego Chargers, 49ers, Seattle Seahawks (twice), Cleveland Browns, Kansas City Chiefs and Philadelphia Eagles.

The 49ers tweeted condolences to Mudd’s family, calling him a legendary coach.

Mudd had his most success when he coached the Colts’ offensive line, which was led by Pro Bowl center Jeff Saturday, from 1998-2009. The Colts played in two Super Bowls, winning one, during that span with quarterback Peyton Manning.

“Jim Irsay came down to [Mudd’s] office and left a note on his desk which said, ‘Howard, your job is to keep No. 18 protected. To keep No. 18 clean.'” Manning said in a statement released by the team. “Howard always kept that with him and always took that direct order from our owner very seriously. In every game plan meeting and every practice I know he was always thinking about how to protect me as a quarterback in the pocket with different blocking schemes and ways to run the ball. That was always on his mind, and he kept that thought process with him throughout his whole career. As a quarterback, I can’t tell you how much that meant to me knowing that was on his mind and that was one of his top priorities.

“Obviously, Howard was a great player in the NFL. He was a legendary coach. In my opinion, Howard Mudd was the best offensive line coach in NFL history. I would put him on that pedestal any day of the week. I know all the guys that played for him would feel the same way and a lot of the guys that coached with him would feel the same. He will be missed by many. I know so many like me are grateful to have played for him.”

Mudd was briefly with the Colts as a senior assistant on coach Frank Reich’s staff in 2019.

“I got my coaching break here with the Colts,” Reich said Wednesday. “I was the offensive quality control [coach] and then I was the quarterback coach. So working with Peyton, I would have to go into Howard’s office all the time to talk about the run game and things relevant to the quarterback. I remember going into his office one time and he had pushed me around one too many times verbally, I just finally lashed back out on him. … I let him have it. After I was finished, he just started laughing and he said, ‘I love that. That’s what I love to see.’ He was just an old-ball coach. Our thoughts and prayers are with him and Shirley [Mudd].”