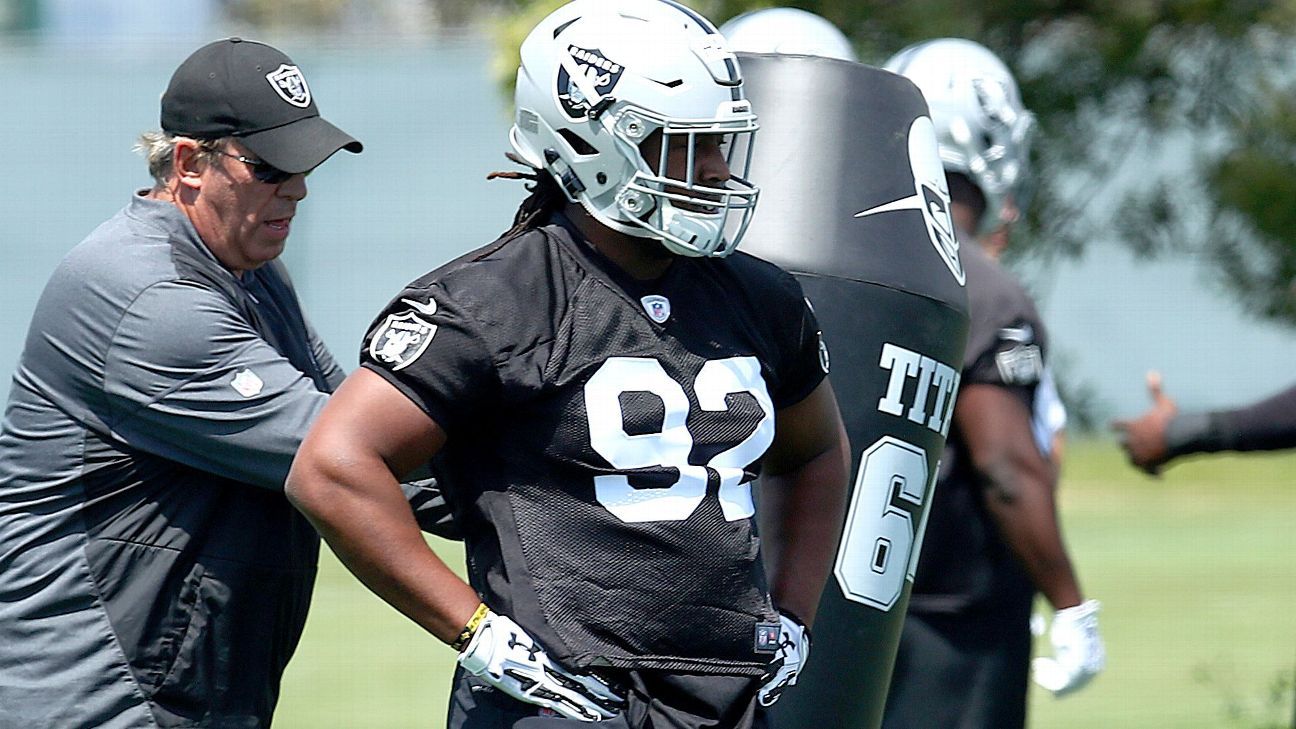 The Houston Texans on Thursday signed defensive tackle P.J. Hall, who was waived by the Las Vegas Raiders earlier this month after a trade with the Minnesota Vikings fell through when he failed a physical.

Terms of Hall’s contract with the Texans were not disclosed.

The Vikings were poised to send a 2021 conditional seventh-round draft choice to Las Vegas in exchange for Hall before the trade was called off.

Hall gives the Texans more depth on the inside of their defensive line after nose tackle Eddie Vanderdoes opted out of the season due to the coronavirus pandemic. Houston also lost starting nose tackle D.J. Reader in free agency when he signed with the Cincinnati Bengals.

The 25-year-old Hall played in 30 games (18 starts) for the Raiders over the past two seasons after the team selected him in the second round of the 2018 draft. He had 48 tackles and 1.5 sacks, which came last season, in that time.

Information from ESPN’s Sarah Barshop was used in this report.