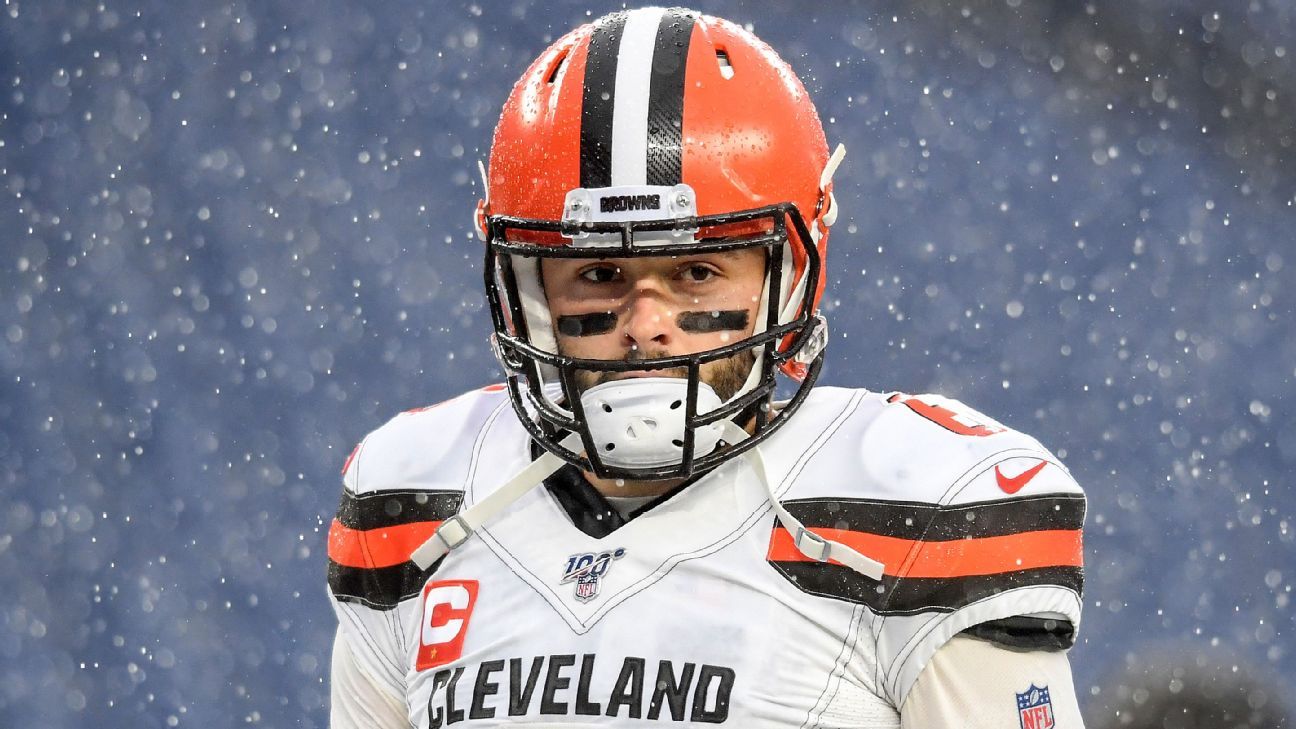 Browns quarterback Baker Mayfield said Friday that he’s in a better state both physically and mentally, and he admitted to losing his way and doubting himself last year amid the chaos in Cleveland.

“Having success all through high school and college and having that standard so high, and the past couple of years have just been a roller coaster of emotions and not nearly as much success as I’m used to,” said Mayfield, who won the Heisman Trophy at Oklahoma in 2017 and was the No. 1 overall pick in the 2018 draft. “So I would say I lost myself, not having that success, not finding out what was working. I think I tried different ways of trying to have that success, and I didn’t find it.

“So I lost myself in that, and I wasn’t able to be who I [need to be] for these guys on the team.”

After breaking the NFL rookie record with 27 touchdown passes in 2018, Mayfield struggled in his second season. He threw 22 touchdown passes but was intercepted 21 times, and the much-hyped Browns collapsed down the stretch on the way to a 6-10 finish. As a result, both head coach Freddie Kitchens and general manager John Dorsey were fired, clearing the way for the Browns to hire first-year head coach Kevin Stefanski and first-time GM Andrew Berry.

After battling weight issues last year, Mayfield showed up to training camp last week having added 4 pounds of lean mass while cutting body fat, according to Berry, who noted that Mayfield arrived in “terrific shape.”

“I think there was a lot of plays — looking back on last year — physically, I wasn’t able to work out as much, being beat up. So I was heavier than I was ever playing before,” said Mayfield, who twice had to temporarily leave games with separate injuries to his throwing hand and wrist. “… I needed to be able to have the scrambling ability to move in the pocket. It’s my job to be in prime physical shape, to show up and do my job on Sundays.”

Mayfield said he used a dietitian this offseason, with an emphasis on “cutting out the bad body weight” to be quicker in and out of the pocket. He said the silver lining of the virtual offseason and being away from the team facility due to the coronavirus pandemic was that he was able to put more focus on getting where he wanted to be mentally and physically before training camp.

“I’m in a much better state,” Mayfield said. “I put in the work. … [I’m] just ready to roll, attack, get back to where I need to be to be the leader for this team, for this franchise. The reason I’ve gotten here is because I’ve been myself, been able to attack each and every day with 100 percent effort.”

Mayfield said overcoming past adversity, which included being a two-time walk-on in college, at Texas Tech and then Oklahoma, has helped him work through the doubt that surfaced last year and rediscover his self-belief.