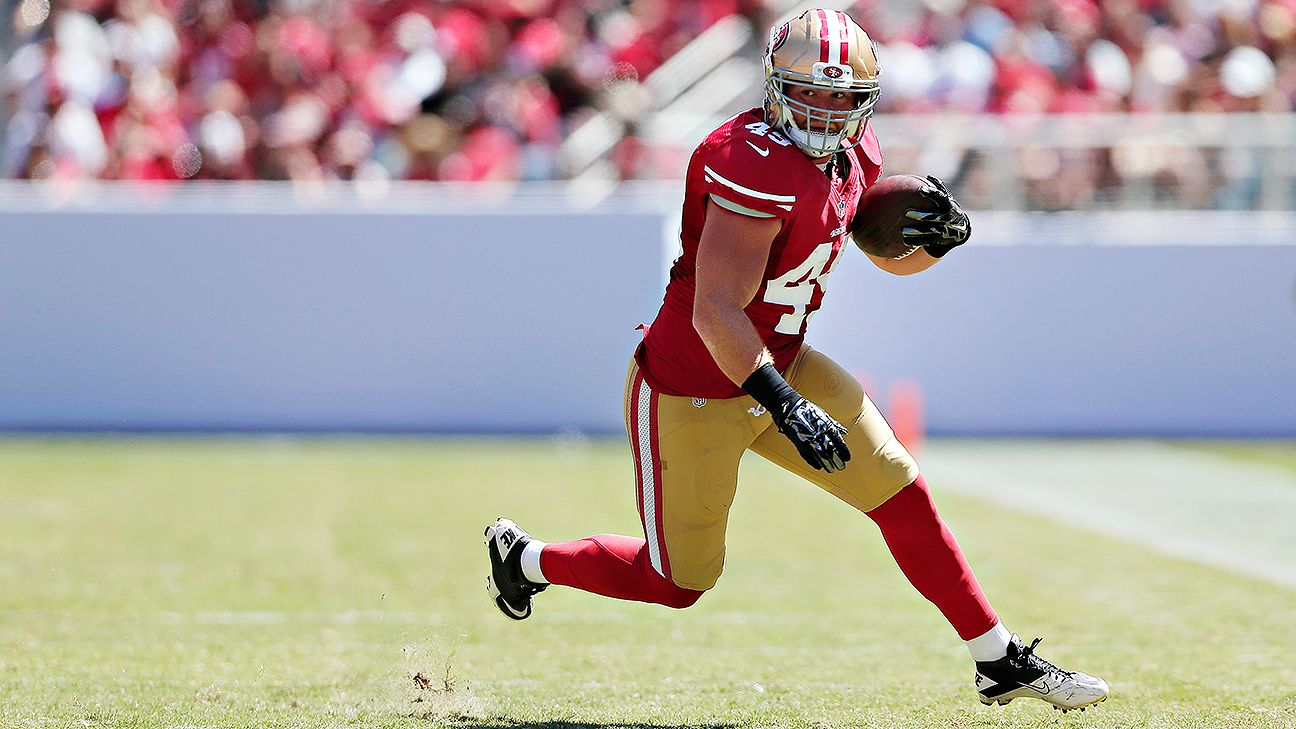 JACKSONVILLE, Fla. — The Jacksonville Jaguars on Saturday signed fullback Bruce Miller, who is trying to make a comeback after being out of the league for the past five seasons.

Miller last played in the NFL in 2015 with the San Francisco 49ers. He was cut just before the start of the 2016 season after being charged with seven felonies in the alleged assault of two men. Miller was accused of beating one of the men, who was 70 at the time, with the man’s cane. A witness said during a preliminary hearing that Miller threatened to kill the two men and the mother of one of the men. The charges were eventually dropped.

Miller also was arrested in Santa Clara, California, in March 2015 on suspicion of domestic assault after his former fiancée accused him of shoving her and destroying her cell phone during an argument. Miller pleaded no contest to a misdemeanor charge of disturbing the peace and was sentenced to a 16-week anti-domestic violence course.

Former 49ers general manager Trent Baalke drafted Miller in the seventh round in 2011. Baalke, who was fired in 2017, joined the Jaguars in February as their director of pro personnel.