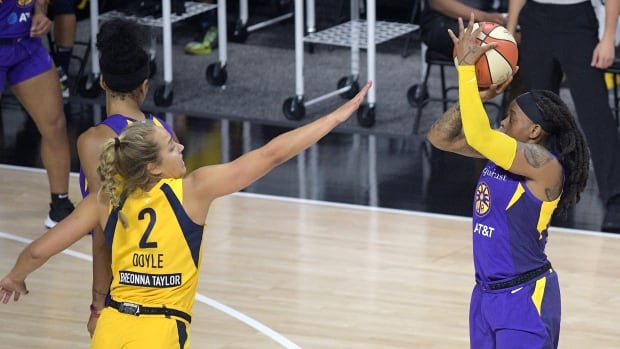 Riquna Williams hit seven 3-pointers and finished with 21 points, Nneka Ogwumike scored 17 points on 8-of-9 shooting, and the Los Angeles Sparks beat the Indiana Fever 90-76 on Saturday for their fourth consecutive win.

The Sparks scored the first seven points and never trailed. Williams hit five 3s as Los Angeles (7-3) outscored the Fever 30-16 in the second quarter, including three during a 15-2 run that made it 50-27 with 1:51 left in the first half. Indiana trailed by double figures the rest of the way.

Kelsey Mitchell made a season-high seven 3-pointers and led the Fever (4-6) with 25 points. Tiffany Mitchell added 18 points and eight rebounds.