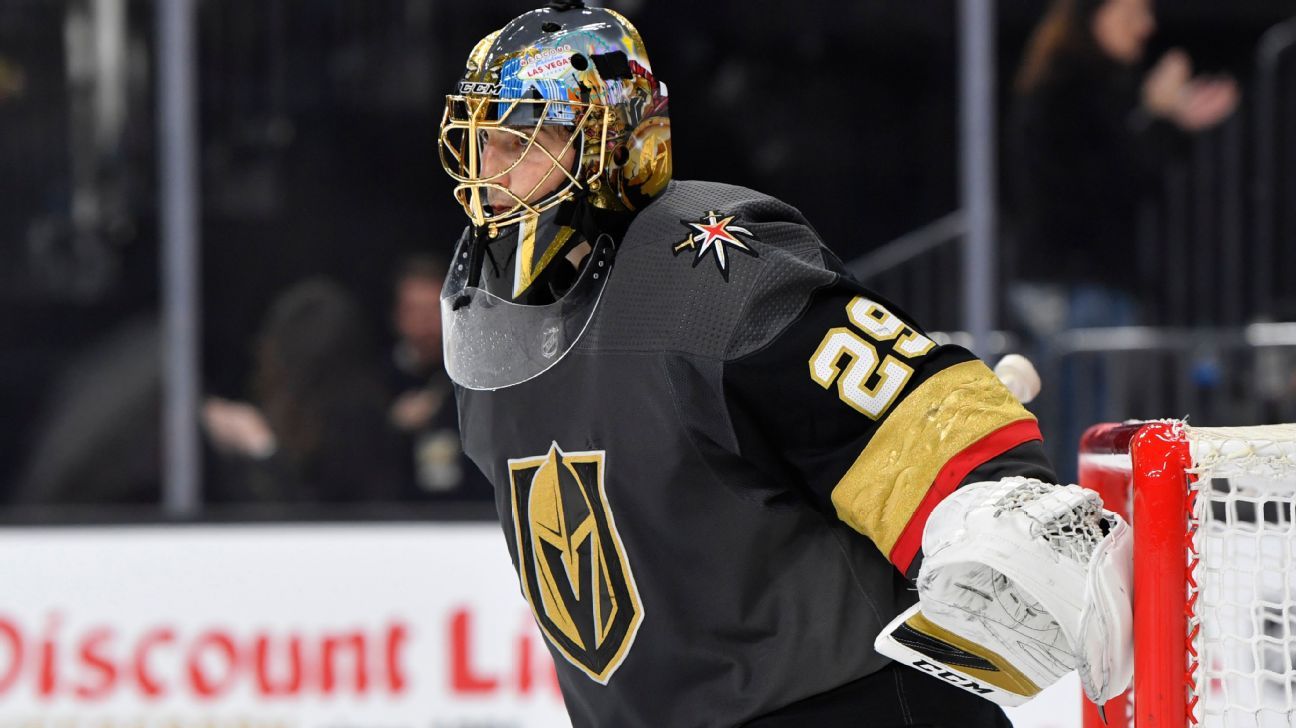 Marc-Andre Fleury admitted he was nervous Saturday before Game 3 of the Vegas Golden Knights‘ quarterfinal series against the Chicago Blackhawks, saying that he had “a little butterflies before the game, even though I played so many games” in his career.

“Really?” asked a surprised Nate Schmidt, the Vegas defenseman sitting next to him in a news conference, after Fleury’s 26-save performance gave the Golden Knights a 2-1 victory and a 3-0 lead in the best-of-seven first-round NHL playoff series.

This was Fleury’s 144th career postseason start, having won three Stanley Cups with the Pittsburgh Penguins before joining Vegas in 2017 for its inaugural season. He had started every playoff game in the franchise’s history until Game 1 against Chicago. Robin Lehner, whom Vegas acquired from the Blackhawks at the trade deadline, started the first two game of the series and won them both.

But with games on Saturday and Sunday in Edmonton, Alberta, coach Peter DeBoer planned to give Fleury a start in one of them. He got the crease back on Saturday, and didn’t disappoint.

“He was our best player tonight,” DeBoer said.

If there were butterflies, perhaps it’s because his first appearance in the NHL bubble didn’t go all that well. Fleury hadn’t played since Aug. 6, a 6-4 win against the St. Louis Blues in the round-robin portion of the postseason, giving up four goals on 17 shots.

“It’s good to see the goal pads back,” Schmidt said of Fleury’s signature golden equipment. “He was incredible tonight. There were some parts of that game where we weren’t our best. They got some chances that we’d like to have back. To have him back there … he was the reason why we won this game tonight.”

Before the series, there was plenty of speculation about whether Lehner or Fleury would start Game 1. Fleury said he didn’t pay much attention to it.

“That’s the one good thing about the bubble, right? You don’t hear too much from the outside,” he said. “I love to compete. I love to play. Sometimes it’s tough to be on the bench, but at the same time Robin has been very good for us. It’s the playoffs. If the coach tells me I need to go in, I’ll try my best.”

When asked if those butterflies were related to a goalie competition — perhaps feeling pressure not only to win but to impress his coaches in victory — Fleury downplayed any jockeying between himself and Lehner.

“I don’t feel I’m against Robin. I just need to beat the Blackhawks. That’s where my focus is at,” Fleury said. “Robin likes to play. I like to play. And it’s the coach’s decision, right? I think everybody’s going to be a good team guy and all that matters is winning.”