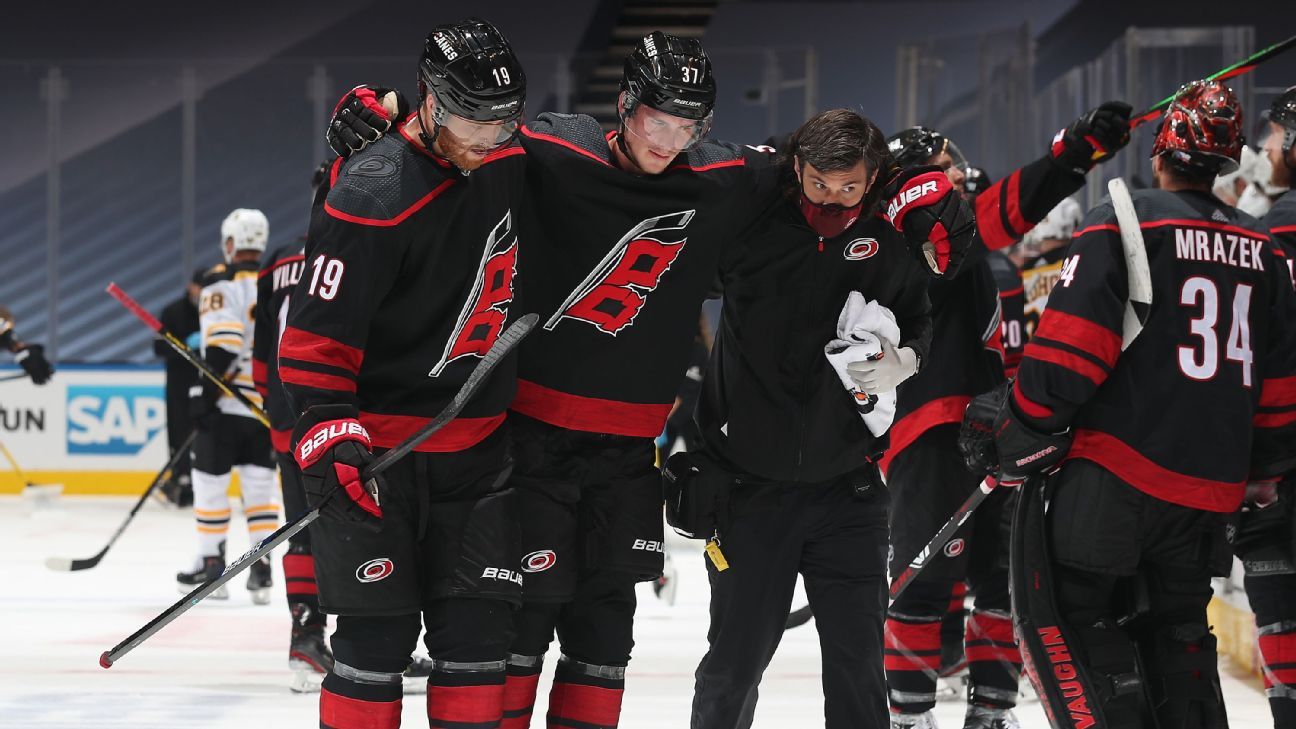 The Carolina Hurricanes will be without forward Andrei Svechnikov for Monday’s Game 4 against the Boston Bruins, coach Rod Brind’Amour told reporters.

The 20-year-old Russian standout was injured late in Saturday’s Game 3 loss when his right leg, near his ankle, buckled after getting tied up with Boston’s Zdeno Chara in front of the net.

Svechnikov, who leads the Hurricanes with four goals during the playoffs, underwent an MRI on Sunday. During the regular season he had 24 goals and 61 points in 68 games.

Carolina also will be without defenseman Joel Edmundson for a third straight game.

Meanwhile, Bruins forward David Pastrnak will not play in Game 4, coach Bruce Cassidy announced. This will be Pastrnak’s third straight game missed after suffering an injury in Game 1.

The Bruins lead the series 2-1.