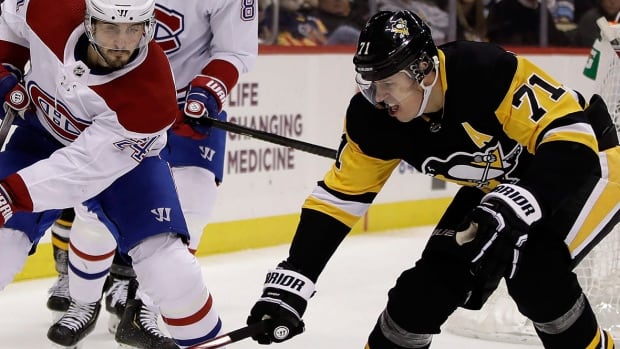 Pittsburgh Penguins star Evgeni Malkin had surgery on his left elbow Monday and will need three to four weeks of recovery time, the team announced Monday.

The 34-year-old forward should return in time for training camp before the 2020-21 season, which is scheduled to begin in December.

The surgery was performed at UPMC Presbyterian Hospital by the team physician, Dr. Dharmesh Vyas, and Dr. John Fowler of UPMC Shoulder and Elbow Orthopedic Surgery.

In 2019-20, he scored 25 goals and 74 points 55 games. He had one assist in four games in Pittsburgh’s 3-1 series loss to the Montreal Canadiens in the qualification round earlier this month in Toronto.

The Penguins also announced that forward Zach Aston-Reese will be sidelined for six months following surgery on his left shoulder. Vyas performed the procedure at UPMC Montefiore Hospital.