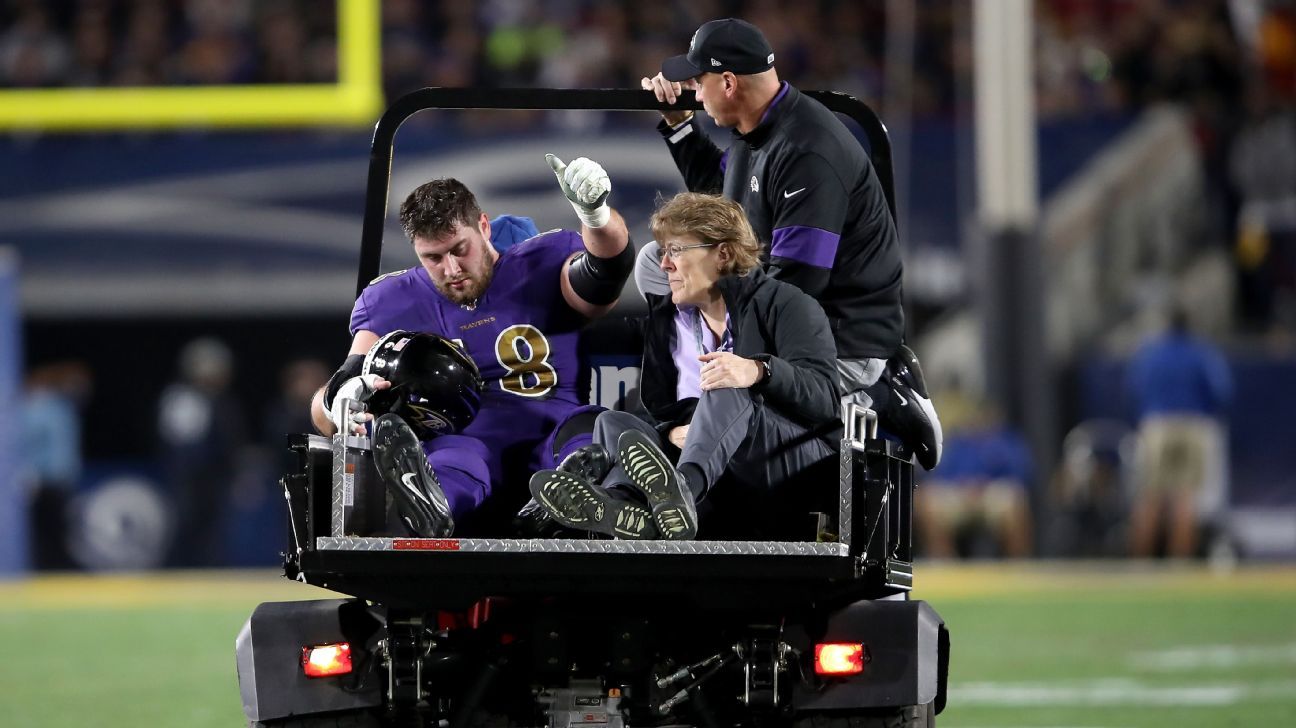 Baltimore Ravens center Matt Skura is expected to suit up for the team’s first padded practice after passing his physical Sunday, the team announced.

This completes a remarkable recovery for Skura, who tore the ACL, PCL and MCL in his left knee nine months ago. The Ravens had said all offseason that Skura was ahead of schedule in his rehab and would return sometime in training camp.

Skura signed a one-year contract as a restricted free agent for this season and can become an unrestricted one after the season. That was the primary reason he decided not to opt out even though his wife gave birth to their son, Henry, earlier this month.

Skura felt he was close to coming back heading into training camp. Last month, his personal offensive line coach simulated a bull rush and his knee held up.

“That was a huge confidence boost for me,” Skura said three weeks ago. “It was like, OK, my knee feels good using force and driving my legs. I feel good going back and resuming normal practice.”

Before the injury, Skura had become Baltimore’s iron man in the trenches, starting 36 straight games. His 1,814 snaps, from the time he took over as starting center in the 2017 opener to when Los Angeles Rams defensive tackle Michael Brockers fell into his knee, led the NFL.

Skura’s return makes the Ravens extremely healthy heading into their first padded practice. Once Skura is activated off the physically unable to perform list, the Ravens will have all 80 players on their roster available Monday morning.