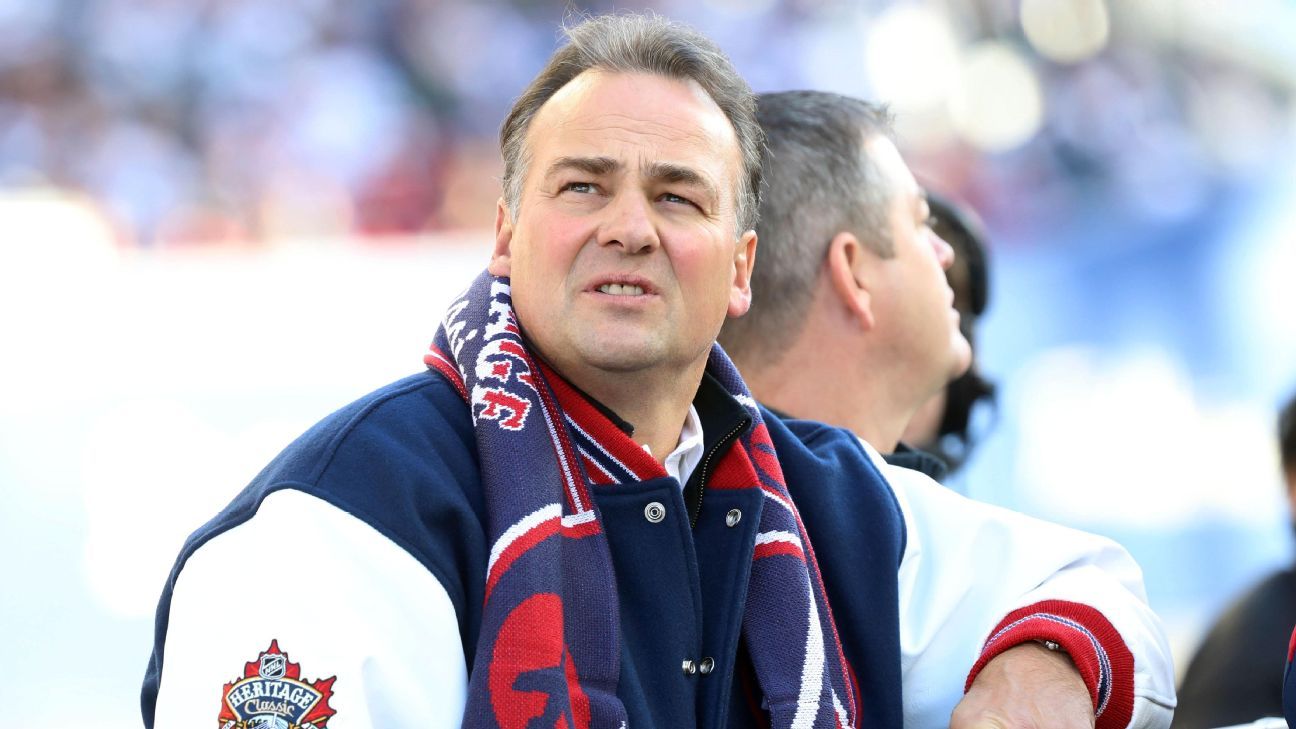 Hockey Hall of Famer and Winnipeg Jets legend Dale Hawerchuk died after a battle with stomach cancer. He was 57.

Hawerchuk’s son, Eric, tweeted the news on Tuesday, saying: “My family is so proud of him and the way he fought.”

Condolences came in from across the hockey community, including from fellow Hall of Famer Teemu Selanne

“What an incredible human being,” Selanne posted on Twitter. “I’m thankful that Ducky was my friend and I had a chance to talk with him yesterday and say goodbye. The world is not [the] same place without him.”

After an incredibly brave and difficult battle with cancer, our dad has passed away. My family is so proud of him and the way he fought. #HawerchukStrong pic.twitter.com/xZ1xcaqAOv

Hawerchuk took a leave of absence from his position as head coach of the Ontario Hockey League’s Barrie Colts in September after his initial diagnosis of stomach cancer.

The Toronto native was the first overall pick of the Jets in 1981 and went on to score 103 points as an 18-year-old, winning the Calder Trophy. His arrival coincided with the franchise improving from 32 points in 1980-81 to 80 his rookie season — one of the biggest turnarounds in NHL history.

The Winnipeg Jets Hockey Club, our players, our alumni, and our fans will miss Dale Hawerchuk dearly, and we will forever be inspired by his passion for the game, his commitment to his team, and his love for our community. #RememberingDucky #HawerchukStrong pic.twitter.com/Vgj78TsSco

Hawerchuk scored more than 100 points in six of his nine seasons in Winnipeg. He posted career bests with 53 goals and 130 points in 1984-85.

In 1990, he was the centerpiece of a blockbuster trade. He was sent to the Buffalo Sabres along with a first-round draft pick for Phil Housley, Scott Arniel, Jeff Parker and Buffalo’s first-round pick, which became Keith Tkachuk.

“The National Hockey League mourns the passing of Dale Hawerchuk, an instant and enduring star who captured the hearts of two hockey-loving cities, represented his country with class and distinction, and is one of the most decorated players in our game’s history,” NHL commissioner Gary Bettman said in a statement.

Hawerchuk averaged 1.13 points per game in five seasons with Buffalo before making stops in St. Louis and Philadelphia. In his final season in 1996-97, he went to the Stanley Cup Final with the Flyers, who were swept by the Red Wings. That was Hawerchuk’s only appearance in the Final.