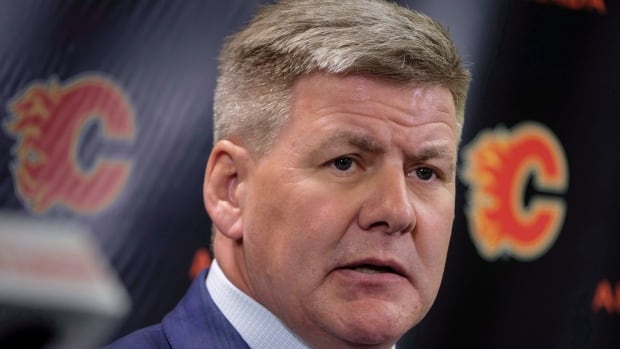 The diagnosis was confirmed by the hockey club on Wednesday, according to Russia’s state-run news agency TASS.

The 54-year-old made a controversial exit from his position with the Flames in November after former NHLer Akim Aliu tweeted accusations about the use of racial slurs by a coach during the 2009-10 season with the American Hockey League’s Rockford IceHogs.

Michal Jordan, a former NHL defenceman, then alleged Peters kicked him while the two were with the Carolina Hurricanes and Peters resigned as Flames coach soon after.

In April, Peters signed a two-year deal to coach Avtomobilist Yekaterinburg. The KHL season is set to begin on Sept. 2.

The KHL cancelled the remainder of its 2019-20 season in March due to the pandemic.