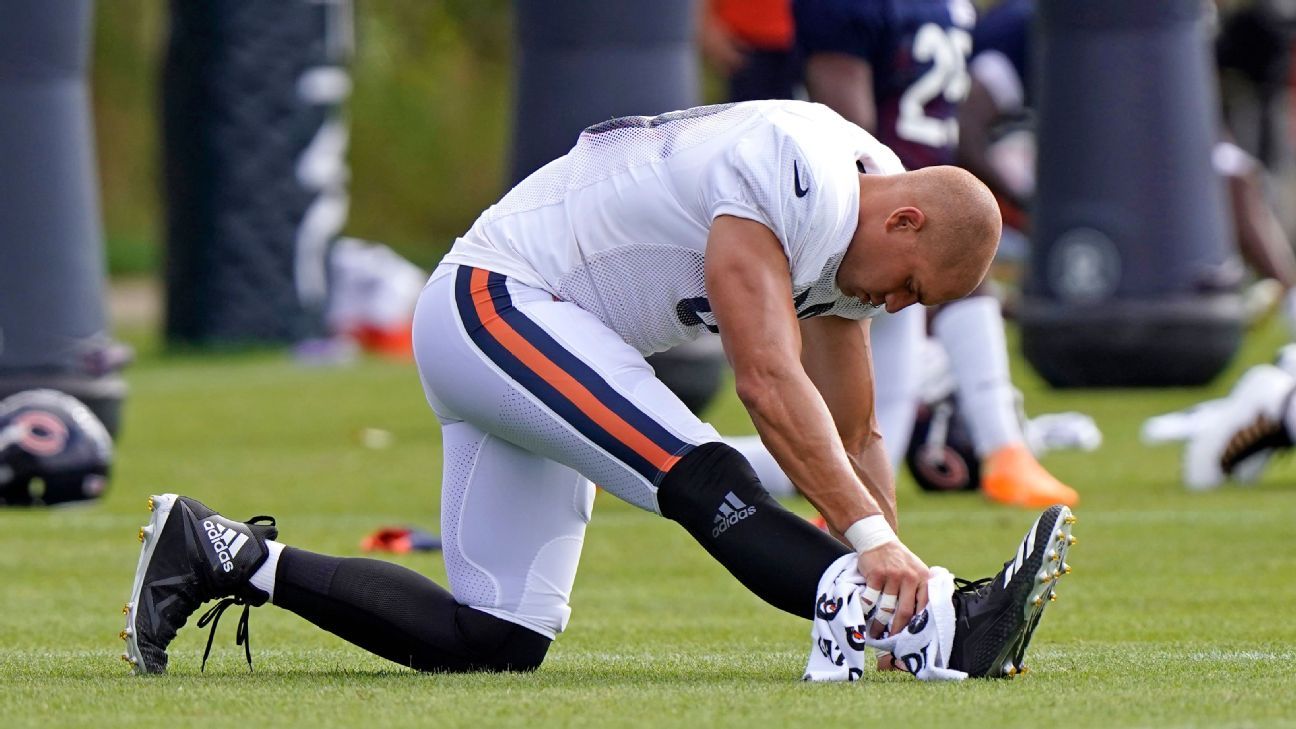 Once among the league’s elite pass-catching tight ends, Graham, 33, was released by the Green Bay Packers on March 12 after he caught just 38 passes for 447 yards in the 2019 regular season — his worst production since his rookie year of 2010.

Chicago’s decision to sign Graham to a free-agent deal that included $9 million and a no-trade clause was mostly met with skepticism.

“I have a lot to prove,” Graham said Thursday during a Zoom call with Chicago media. “I mean, I have a big chip on my shoulder to do as best as I can with this new opportunity. I’m extremely blessed to be here with such a young group of guys that are so hungry. I know you guys aren’t in this locker room, but you can feel the buzz. You can feel the buzz in this building. There’s no excuses. No one is looking around and saying we got to do this, we got to do that. This organization has done a great job to keep us all healthy, to hold us all accountable. And to make sure that on these off days, we’re accountable.

“To me, this might be the most special time because I want to retire here, and this is where I want to end it. There’s only one way to end it. Hopefully, that’s winning that final game.”

A third-round pick of the New Orleans Saints in the 2010 NFL draft, Graham developed into one of the game’s most feared pass-catching tight ends, earning a trip to the Pro Bowl in just his second season with 99 receptions, 1,310 receiving yards and 11 touchdowns. He was named to five Pro Bowls over stints with New Orleans (2010 to 2014) and Seattle Seahawks (2015 to 2017) before agreeing to a free-agent deal with Green Bay in 2018.

Graham was the centerpiece of the Bears’ offseason overhaul at tight end. After having arguably the worst group of tight ends in the league last year, Chicago added Graham and fellow veteran Demetrius Harris in free agency and drafted Notre Dame rookie Cole Kmet in the second round.

In three padded practices, Graham has been a standout performer at camp. The 6-foot-7 tight end has been victorious in almost every matchup against defensive backs in 1-on-1 red zone drills, where Graham’s trademark has been to fire the football high in the air whenever he beats a cornerback or safety for a touchdown.

The veteran even got into a brief scuffle and exchanged punches with safety Deon Bush on Tuesday when Bush tackled Graham during a full team period. Coach Matt Nagy faulted Bush for the incident, but lauded Graham’s energy at practice, which at times is infectious.

“That’s energy. … That’s the swagger that we need on offense,” Nagy said. “We need that energy. That guy that has that fire, and there’s nothing wrong with that. Jimmy’s an experienced vet. He’s been through a lot. I think the guys on our team, not just our offense, are respecting that and liking that.”

“… I don’t think Jimmy has anything to prove. But right now, I think he’s at a point in his career where he wants to do everything he can to be on a championship team. None of this has anything to do with proving people wrong, in my opinion. When you play this game for a long time, like Jimmy, you want to win a Super Bowl. The longer you’re in this league and it doesn’t happen, the more you want it. I just love the kind of shape Jimmy is in, where he’s at mentally, the kind of mentor he’s been to these younger guys. He’s leading by example.”