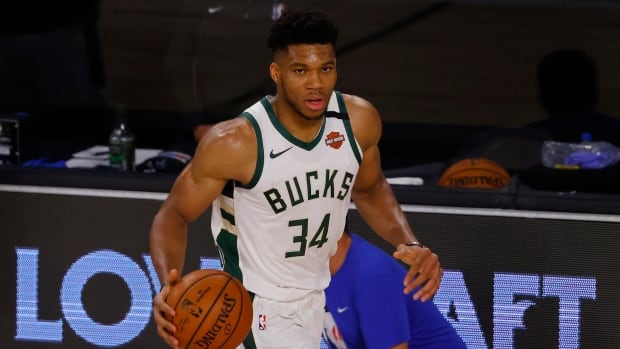 Giannis Antetokounmpo had 35 points, 11 rebounds and seven assists and the Milwaukee Bucks beat the Orlando Magic 121-107 on Saturday for a 2-1 lead in the Eastern Conference playoff series.

Antetokounmpo was 12 of 14 from the field and the top-seeded Bucks shot 56.1% from the floor. Khris Middleton had 17 points, eight rebounds and six assists.

Game 4 of the best-of-seven series is Monday.

Orlando forward James Ennis and Milwaukee forward Marvin Williams were both in the second quarter after exchanging shoves.

Goran Dragic added 24 points, Bam Adebayo had 22 points and 11 rebounds, and Tyler Herro scored 20 points for the Heat. They can sweep the series Monday.