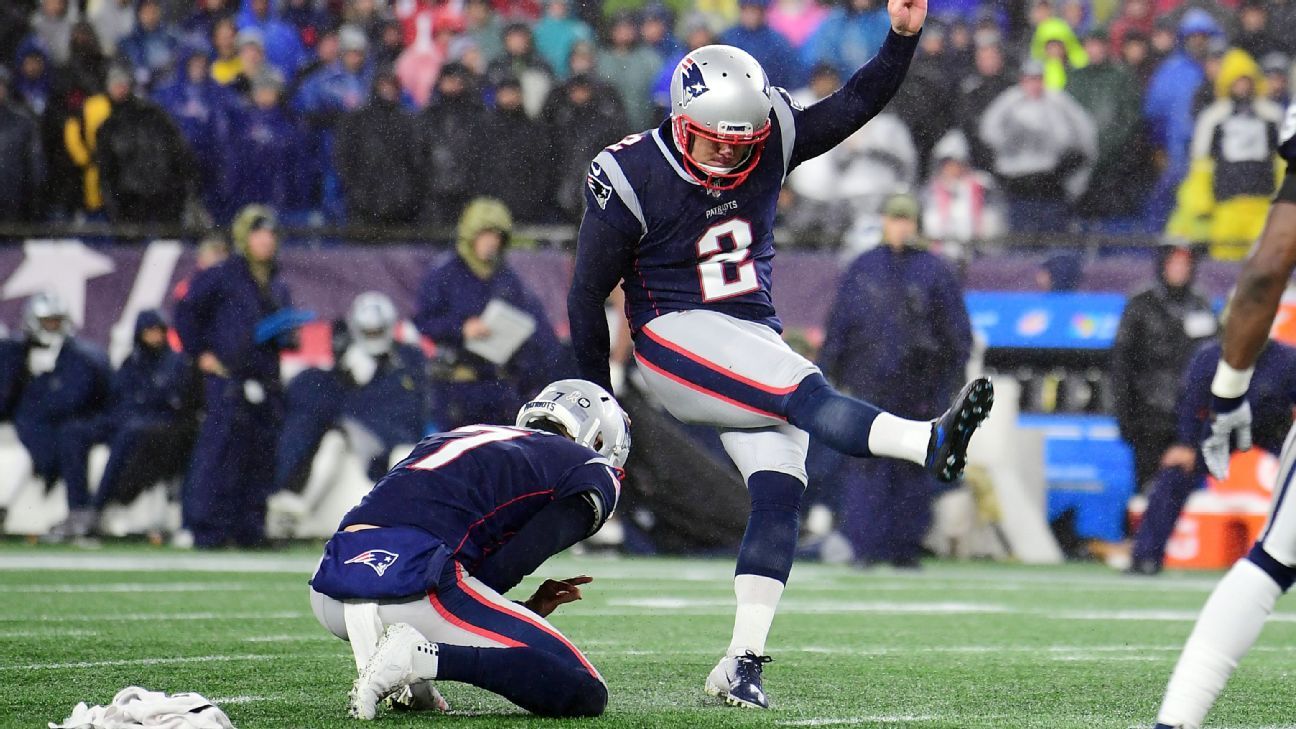 FOXBOROUGH, Mass. — The New England Patriots hosted veteran kicker Nick Folk on a visit Saturday, according to a league source and multiple reports, and could potentially sign him if he passes a physical and coronavirus testing.

Folk, 35, would possibly add a second kicker to the roster after the Patriots selected Marshall’s Justin Rohrwasser in the fifth round of the draft.

Folk kicked in seven games for the Patriots last season as the team was forced to look for a replacement for Stephen Gostkowski, who had a hip injury that landed him on injured reserve. Folk was 16-of-19 on field goals and 13-of-13 on extra points.

His potential return to New England comes a week into training camp, where Rohrwasser has barely kicked in practices attended by reporters. Rohrwasser was 3-of-5 on field goals at the end of a practice Monday but has mostly rode the exercise bike since, which could be an indication he is managing an undisclosed injury.

Asked about Rohrwasser’s improvement and assimilation to the NFL on Friday, coach Bill Belichick was vague, saying: “Everybody’s making progress.”

In addition to Folk’s visit, the Patriots on Saturday officially signed free-agent nose tackle Xavier Williams, who has appeared in 44 career games over the past five seasons with the Arizona Cardinals (2015-2017) and Kansas City Chiefs (2018-2019). The team has been seeking more depth at the position with free-agent signing Beau Allen — a projected starter — having not practiced in training camp.

The Patriots also signed Navy defensive end Paul Quessenberry, who they plan to play at tight end. Quessenberry hasn’t played football since his time at Navy in 2014; he graduated in 2015 and became an infantry officer in the Marines.