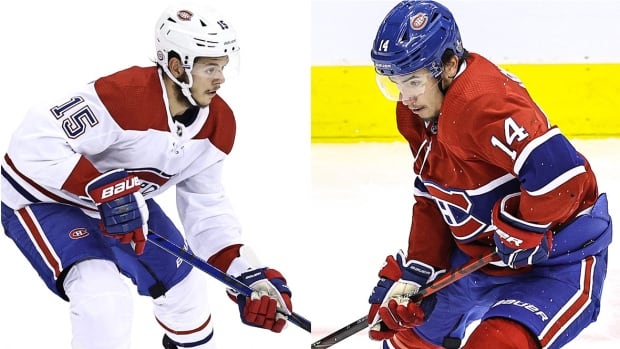 Marc Bergevin’s Montreal Canadiens entered the NHL’s restart amid questions over whether they deserved to be given a playoff lifeline. They leave Toronto with heads held high as worthy participants, and with a potential remedy for one of the team’s shortcomings.

The Canadiens were eliminated from the playoffs after a tough first-round series with top-ranked Philadelphia, falling 3-2 to the Flyers in Friday’s decisive Game 6. Playing a competitive first-round series with the Flyers after shocking the heavily favoured Pittsburgh Penguins in a best-of-five qualification series is a respectable fate for a club that ranked last among the 24 teams entering the restart.

Among the bright spots for the Canadiens in Toronto was the play of young centres Nick Suzuki and Jesperi Kotkaniemi, a blessing for a team that has had trouble finding depth down the middle. Bergevin, the team’s general manager, said both centres elevated their game in the post-season.

Suzuki had four goals and seven points in 10 post-season games, including both Montreal goals Friday as the team fought to stave off elimination. The 21-year-old built off a solid rookie campaign that saw him post 13 goals and 28 assists in 71 games before the 2019-20 season was suspended.

“In Nick’s case he did have a good year. But again at key times — even last night, you know, two big goals and he made plays,” Bergevin said in a video conference Saturday.

Kotkaniemi had four goals in 10 games in Toronto, including two in Montreal’s 5-0 rout of Philadelphia in Game 2. His improved play was especially welcome after he followed a solid rookie campaign in 2018-19 with a tough sophomore season. Kotkaniemi had six goals and two assists in 36 games in 2019-20 before ending the season with the American Hockey League’s Laval Rocket.

“As we all know last year, many times I felt that watching him play he was falling down a lot, he was losing his balance,” Bergevin said. “So whatever he did the last four or five months working on his strength, legs … He did that and we all saw what he could bring to the hockey club. And that’s what I expect from him at Day 1 of camp next year.”

Montreal entered the Eastern Conference hub in Toronto with a 31-31-9 record, but needed just four games to dispatch a Penguins team that finished 15 points higher in the regular-season standings.

Star goaltender Carey Price was instrumental in the wins, but so was the team’s defensive corps. Captain Shea Weber and Ben Chiarot formed a fearsome shutdown pair, and Jeff Petry was effective on both sides of the ice as the Habs outduelled a team featuring superstars Sidney Crosby and Evgeni Malkin.

The Canadiens played most of the Philadelphia series with assistant coach Kirk Muller calling the shots after head coach Claude Julien had a stent inserted into his coronary artery and returned home to Montreal to recover. Bergevin said he expected to talk to Julien “in the next few weeks.”

Bergevin said forward Brendan Gallagher had hip surgery late Friday night and is on his way back to Vancouver.

“Everything went well for Gally, we expect a full recovery,” Bergevin said. “He had a hip issue that he did hurt against Pittsburgh. He had a little tear in his hip. But you guys know him as well as I do, he’s got the heart of a lion and he wouldn’t get off the ice.”

The Canadiens have most of their players under contract for the 2020-21 season — winger Dale Weise is one of three potential unrestricted free agents and forward Max Domi headlines a group of four potential restricted free agents — but the team will have to navigate some tricky waters in the seasons that follow, especially if the salary cap stays flat, as expected.

The Habs finished the 2019-20 season with about $4.5 million US in available cap space, according to the website CapFriendly.com.

“It gets a little tricky, that’s why you need to be careful,” Bergevin said. “It doesn’t appear to be as much as people might think when you have the guys that you’d like to bring back, and players don’t come on a one-year deal.